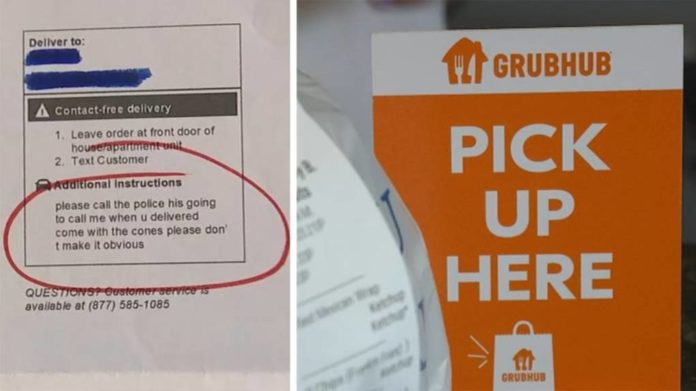 A woman held hostage in the Bronx used a popular food delivery service to alert police that she was in danger. She was rescued Sunday after the suspect opened the door thinking food was being delivered.

The woman sent a note to a restaurant through Grubhub asking them to call the police for her since she was being held hostage. The restaurant delivered the food and the police arrived.

Alice Bermejo, the owner of Chipper Truck Cafe, said that when the order came in, her workers were unsure if it was a prank, but were encouraged by her husband to call the police. Police were able to rescue the woman, who was taken to an area hospital.

The victim ordered before 5 a.m. and was raped by the suspect, who was arrested on charges of rape, strangulation, criminal sex act, unlawful imprisonment, menacing, assault, criminal possession of a weapon, and sexual abuse.

The Chipper Truck previously has a reputation for being similar to a neighborhood watch to its patrons. Employees are known to call Ubers or taxis for customers who come late at night and need a way home.

For more information on this story, check out the following news outlets listed below to stay in the know.