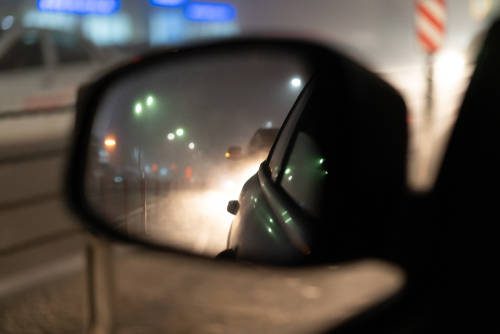 A terrifying incident occured on Monday October 10 in Nevada involving a woman and her children after they were kidnapped.  The Nevada State Police found the woman with her three children as they were being held captive at knifepoint.

Justin Carter, 34, kidnapped a woman and her three children from his home city of Las Vegas before trying to stab her.

Carter reportedly drove the woman and her children about 80 miles to Mesquite, close to the Utah state line.

The woman and her children were in the car driving with the suspect as the woman bravely dials 911 on her cell phone. Carter was unaware what she was doing.  According to reports she left the line open once it was answered, hoping that dispatchers would hear something that would trigger dispatchers to send the police her way.  And it worked.

Dispatchers alerted officers to Carter’s location on Interstate 15, and he was pulled over.

Mesquite Police Chief MaQuade Chesley said the woman and her children were incredibly brave. Despite the danger, they kept their composure and she called for help as quickly as she could.

In addition, Chesley expressed gratitude to dispatchers and officers who acted without hesitation in finding and rescuing the woman and her children.

“They saved this family from further harm by acting swiftly and persistently when responding to the 911 call.” he told reporters.

At the scene, Carter was arrested and taken to the Clark County Detention Center.

He has since been charged with multiple offenses, including attempted murder, four counts of second-degree kidnapping that was in direct violation of an active protection order.

This is no the first time Carter has been arrested.  During November 2012, Carter entered a plea of guilty to assault and discharge of a firearm at an occupied structure or vehicle, the Las Vegas Review-Journal reported. Five years of probation were imposed on him.

A court appearance is scheduled for Oct. 26 in this case.