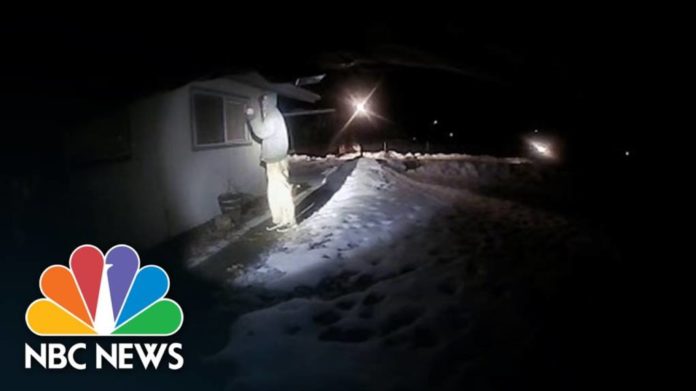 A knife-wielding man named Michael Trappet was fatally shot by an Idaho officer after his family called authorities for help. Brittany Brokop and second deputy Randall Carruth were the officers responsible for handling the call.

Brokop was cleared of wrongdoing in a 2020 shooting while working for the same sheriff’s office. The man who was shot in that case, Andrew Hull, spoke out for the first time to NBC News, saying Brokop pulled the trigger just as fast as she could.

In a federal lawsuit filed last month, Trappett’s family accused the deputies of excessive force and other allegations. The family also wants the sheriff’s office to strengthen its de-escalation policy, according to Bill Trappett.

Michael Trappett’s death appeared to belong to a class of “lawful but awful” shootings that departments should do more to prevent, a use-of-force expert said. The expert said it isn’t clear in the video if Trappett intended to attack the officer.

Bill Trappett said his brother struggled with bipolar disorder and drank heavily when he’d fall into a deep depression. His mother threw out his alcohol and called 911 when her son left their home with a knife.

In the bodycam video, two deputies can be seen searching outside the family’s house for Michael Trappett. Trappett appears in front of the officers with a knife in his pocket, and the officers shoot him after he marches to the side of the house.

Trappett’s parents began to question why their son was shot multiple times, and later came to believe that the shooting was preventable.