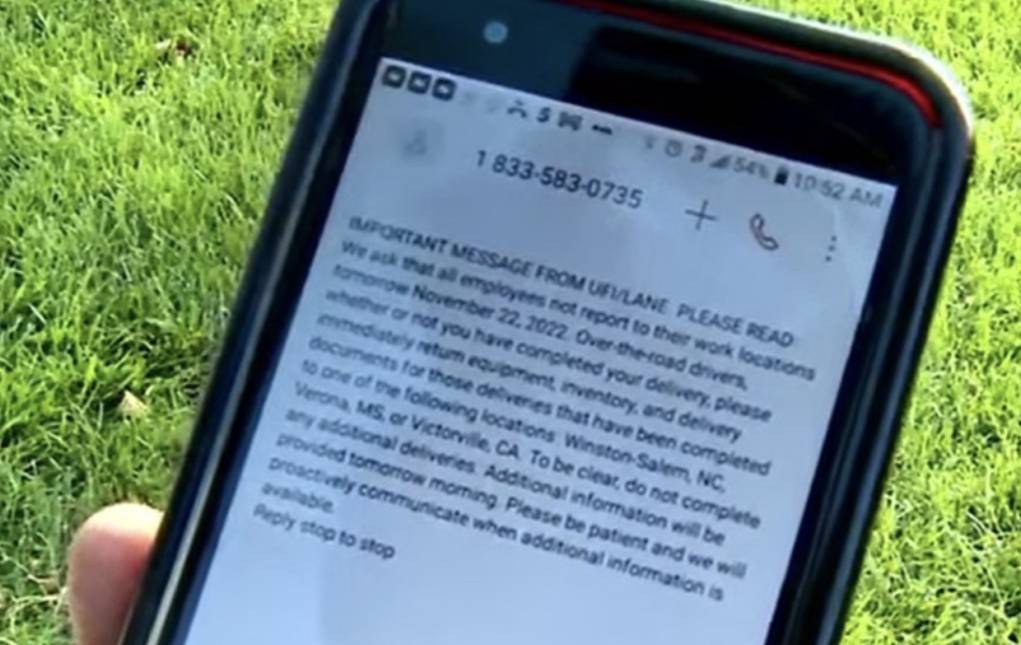 As reported by the Northeast Mississippi Daily Journal, It was reported that about 2,700 workers lost their jobs on Monday,

United Furniture Industries is one of the nation’s largest furniture companies in the United States.

The employees were notified by an email and text message late Monday night instructing them not to report to work the following day. Just days before the Thanksgiving holiday.

According to the outlet, employees received a follow-up email from the company explaining that the layoff was “expected to be permanent, and all benefits will be terminated immediately without COBRA.”

It was also reported that the delivery drivers were told to return to a United Furniture location immediately to return their vehicles.

In a statement made by a spokesman for the company, the chairman of the board of directors explained the layoffs were a result of “unforeseen business circumstances.”

Additional details were not provided.

All United Furniture locations in Mississippi, North Carolina, and California were affected.

Many employee expressed their shock to the news. TJ Martin shared his thoughts with WLBT: “This has been a drastic shock to every one of us, That puts a damper on everybody’s spirits, especially when you’re told to be ready to hit it hard Monday.” He added, “Every one of us is dedicated to the company. We consider each other to be family members.”

The company experienced additional layoffs over the summer, letting go of nearly 300 employees.

FreightWaves reported that a former employee had taken legal action over the firings.

In 2017, Heritage Home Group LLC acquired the brand for an undisclosed amount.