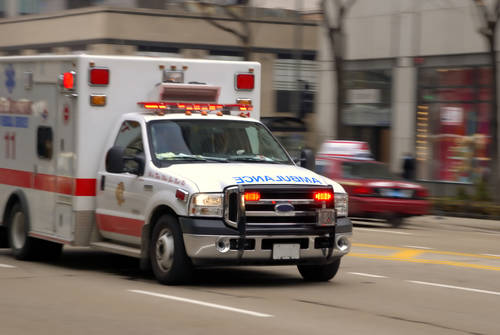 Arkansas man called himself Jesus, Satan before cutting off own leg in front of child: affidavit – Fox8

According to court records, An Arkansas couple was arrested last month for endangering the welfare of a minor. A man attempted to cut off his right leg in front of his young five-year-old daughter.

On August 2, Corporal Jason Brisco responded to the scene and found the man “lying in front of the residence naked, and missing a portion of his right leg.” When the man was asked what caused the injury, the man told officers, “a chop saw.”

The man was identified as Shannon Cox of Boone County, Arkansas.
Brisco described what he saw on the scene. “I noticed blood spatter on the floor of the residence leading to a large ridged brand chop saw.” He added, “there was blood on the saw and blood patter on the wall.” Cox was airlifted to a Springfield, Mo, hospital.

According to his wife, Sandy Cox, “Shannon had been acting odd all day long.” She told officers that “he was telling her that he was Jesus Christ and that she needed to get right with the Lord.” She claimed he soon became violent and told her “he was Satan.” and that “he was going to twist her head off.” He continued threatening Sandy but never became physically aggressive towards her.

According to the affidavit, Sandy left the night before as she thought he would kill her. She stated that she “wasn’t worried about her daughter,” so she left her with Shannon.

After officers arrived at the home, the daughter was taken to an advocacy center. The daughter told officers, “she was present when her dad cut his own left off.” The affidavit states that the daughter “did seem to still be in some state of shock.” Recommendations were given that she receive counseling before being interviewed again.