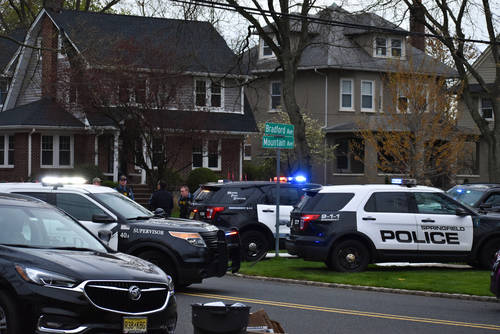 An unidentified man is accused of attacking his victim with a stainless-steel meat cleaver and slashing his face.  According to the Seattle Police Department, it caused “potential permanent disfigurement and profuse bleeding.”  The incident took place on Sunday, August 14th, in Seattle.

It all started earlier when the suspect wanted to borrow a car from the victim.  The victim refused because the suspect didn’t have a license to drive. The suspect and the victim live in the same boarding house in the South Precinct. Sometime later, the suspect entered the victim’s unlocked boarding room and attacked him.

The suspect then barricaded himself in a basement.  The arriving officers eventually contained him, and he was ultimately booked into King County Jail.

Seattle has seen a massive rise in crime over the last few years.  According to the Seattle Times, “Violent crime is doing a lot more than not slowing down – it’s escalating, in rapid and unusual ways that Seattle seems unprepared for, despite a renewed focus on fighting it.”

Across the US, this isn’t the first time a suspect has used a meat cleaver as the choice of weapon.

In 2021, a New Hampshire man was charged with attempted murder. According to police, he stalked his victim and then attacked the victim with a meat cleaver. He was later arrested and charged.

In March of this year, in San Diego, police released video footage of a woman who attacked an officer with what appears to be a meat cleaver.  Police were delivering an eviction notice, and the woman answered the door with a knife. The police asked her repeatedly to put the weapon down, but she refused. The video shows her brazenly coming at the police and stabbing one officer.  Shots were quickly fired, and the woman was taken out.

For additional information on this story, see the news sources below: