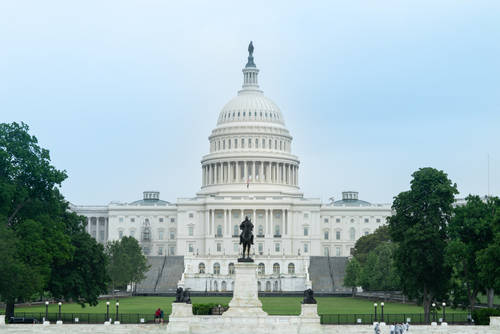 A Delaware man, Richard A. York III, drove his car into a vehicle barricade near the U.S. Capitol early Sunday morning.  It happened right around 4 am at East Capitol Street and Second Street.

According to the Capitol Police, the man’s car became engulfed in flames as the man was making his way out of his vehicle.  York, twenty-nine, then fired several shots in the air.  The police heard the shots and responded quickly.  As they approached York, he shot himself, taking his own life.  Later he was pronounced dead.

In a statement by Capitol Police, it said, “At this time, it does not appear the man was targeting any Members of Congress, who are on recess, and it does not appear officers fired their weapons,” The investigation is ongoing as the police look into his background.

Last year, another incident occurred that involved a car and a barricade.  In April of 2021, a twenty-five-year-old man struck two on-duty police officers at the U.S.Capitol with his vehicle.  He then smashed his car into a nearby barricade.  When he emerged from his car,  charged toward another Capitol Police Officer with a large knife.  The officer then shot the suspect as he was rushing toward him.  The suspect and one of his victims, Police Officer Wiliam Evans, died at the hospital from their injuries.  The second officer was admitted to the hospital and later released for non-life-threatening injuries.

It is unknown why York did what he did.  His family has been notified. DC’S Metro Police Department is now handling the investigation into York’s death. No one else was injured in the incident.

For additional information on this news story, see the additional news sources: