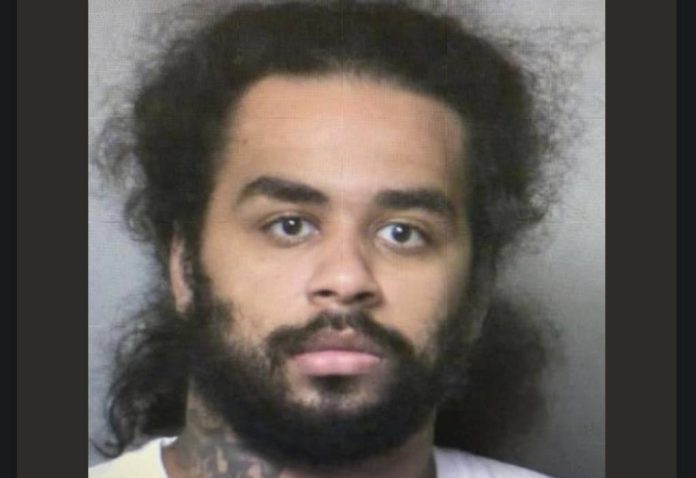 An intense man hunt is underway for a man that brutally murdered his 11-month-old daughter. Colin McAllister, the Naugatuck Police Chief described the crime as “horrific and gruesome.”

According to Police, Christopher, 31 killed the infant in Naugatuck on Friday. Then fled the scene after dumping his car.

Police revealed during a news conference on Monday that the girl, who was just shy of turning a year, died from neck compressions and stab wounds. Her body had also been dismembered, they said.

Once found Francisquini he will be charged with murder and posing a risk of injury to a minor.

Police said that Francisquini and the infant’s biological mother “were involved in a dispute in Waterbury,” They added that “It was during that incident that his GPS monitor was removed.

According to reports, Francisquini had prior arrests. He was convicted of first-degree assault in 2013, and at the time of the murder, he had five pending cases involving carjacking, robbery, and assaulting an officer. The prison term for Francisquini was ten years in jail, but he was able to get out in June and was put on special parole.

Colin McAllister, the Naugatuck Police Chief, spoke of the horrifying murder. He said, “This is an unconscionable act. It is a heinous crime,” He added, “The death of anyone is tragic, but in these circumstances, this is something that affects Naugatuck as a community as a whole. I believe sincerely that our community is grieving with that family.”

Francisquini was spotted on surveillance cameras in New Haven on Friday afternoon. Law enforcement is urging the community to contact them immediately if you have any information on his whereabouts.

McAllister said, “You yourself are not safe. This suspect has shown a predisposition to violence and a violent, violent homicidal act. We need you to contact law enforcement immediately if you have any information on Francisquini’s whereabouts.”

There has been no information given on the mother’s whereabouts or any information provided for a motive.

McAllister added, “We’re appealing again to the public to try to follow this. If you see anything if they know anything, if they think there’s even a remote chance that they may have seen Francisquini, to contact law enforcement immediately.”

McAllister reiterated that it is believed that Francisquini is armed and dangerous. You should not approach him if you see him; just call the police.