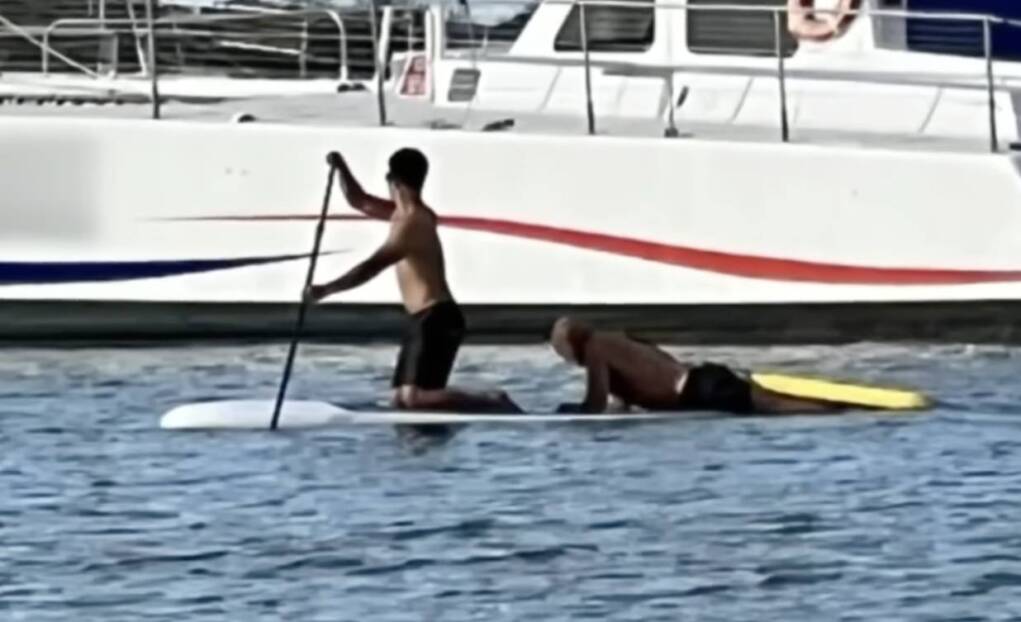 A second shark attack occurred on Tuesday after a shark attacked a man and bit off part of his lower left torso, taking a “good chunk.” A Hawaii man then used a diving knife to fight off the predator until the shark released him.

The 68-year-old man from Waikoloa was bitten by the shark off the coast of Anaehoomalu Bay around 8.15 am on Tuesday. The shark was reported to be a 12-foot tiger shark.

The shark attacked the man about 400 yards out from shore, where he swims daily.

According to the police statement, “The swimmer attempted to fend off the shark with a diving knife, and the shark released the swimmer.”

The DailyMail reports that a nearby woman and a man named Kai jumped into action to help. They got on their paddleboards and were able to pull him onto the shore.

Anthony Singh described the scenario to Hawaii News Now “It was hectic, it was brutal.” He added, “It was shocking to see that he was able to get up and lay on the beach himself because a good chunk of him on the left side was just out from his rear.”

In serious condition, the victim was taken to Queens North Hawaii Community Hospital. Since then, his condition has been upgraded to stable, according to police.

In the aftermath of the attack, Ocean Safety crews surveyed the area by helicopter and advised beachgoers to stay out of the water.

This is the second shark attack that has been reported within a week in the state of Hawaii.

On December 8, a 60-year-old woman from Washington state vanished while snorkeling in South Maui near Keawakapu Point.

She was allegedly attacked by a shark, according to witnesses.

Despite extensive searches, authorities were not able to locate her body and called off the search on Friday.