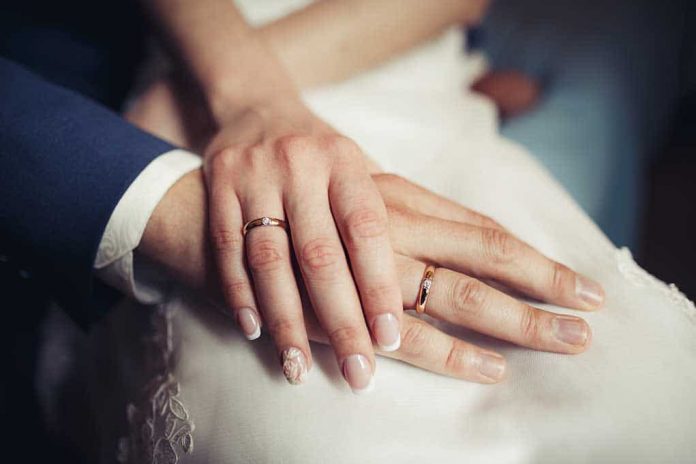 (TheDailyHorn.com) – Falling in love once is remarkable. Doing it twice with the same person is something more than fate.

Peter and Lisa Marshall knew each other for years as married neighbors. However, after both Peter and Lisa got divorced, something deeper than friendship took hold, and the pair became inseparable. They began an eight-year, long-distance relationship that ended in marriage, not once but twice.

A man with Alzheimer's forgot he was married, and fell in love with his wife all over again https://t.co/t1otXXoamK

In 2018, a change came over Peter. He began struggling to express himself and deal with other cognitive tasks. Doctors soon diagnosed Peter with Alzheimer’s disease.

Lisa said the most endearing aspects of Peter’s personality were always his love, kindness, gentleness, and flirty romanticism. Despite Peter’s memory loss, those things never changed. In December, the couple watched television together, snuggled on the couch. As Lisa cried during a made-for-TV wedding, Peter innocently suggested they get married with a big smile on his face.

For the second time in their lives, the couple fell in love with each other. During their vows, Peter stressed to his forgotten wife of eight years that he loved her. It’s all she needed to hear. Even though Peter’s condition is stealing his mind, Lisa says that their hearts are very much connected. That kind of love is all that matters.