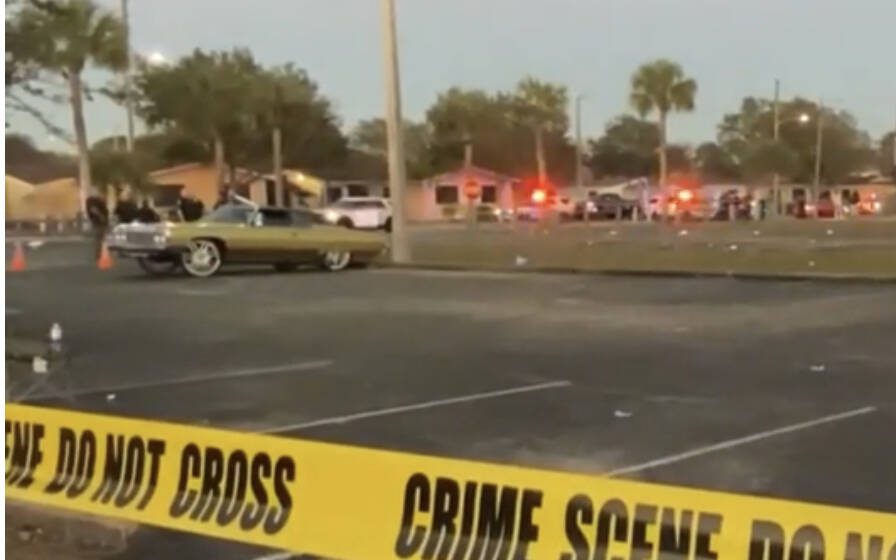 Eight people were wounded in a shooting during a Martin Luther King Jr. celebration in Fort Pierce, FL, on Monday. There is one person in critical condition, according to authorities.

There were no children injured. The shooting victims are all adults.

According to WPBF, The incident occurred at Ilous Ellis Park at 5:20 p.m. at the MLK Car Show and Family Fun Day held there. The event had been advertised to have live music, a bounce zone for the kids and a car show, all to honor Martin Luther King Jr. The event was attended by more than 1,000 people, according to deputies.

In addition to the eight, officials reported that four others, including a child, were injured in the chaos following the gunfire. All are expected to survive.

There were reports of chaos and people running everywhere. Brian Hester, deputy chief of St. Lucie County said, ” It was mass chaos as you can imagine when shots rang out with, there were a thousand plus people here at the event, and as the shots rang out, people were just running in all directions,” as reported by WPBF.

Deputies were on the scene at the time of the incident and were able to respond right away. The county sheriff’s office claims that Ilous Ellis Park is a county park, so it is under its jurisdiction. As deputies responded to the shooting, they rendered aid to the victims. According to the deputy, they couldn’t determine who fired the shots first.

Others at the event also assisted victims. In some cases, people drove victims to a local hospital.

“Multiple people were shot. It sounds like from our initial investigation here on scene, there was a disagreement of some sort between two parties, and unfortunately, they chose to resolve that with guns,” Hester explained.

As reported by TC Palm, Hester believes there could be more than one shooter.

He added, “It’s really sad in a celebration of someone who represented peace and equality that a disagreement results in a use of guns and violence to solve that disagreement, and that’s what’s really sad to me about what happened here. And then so many innocent people who were injured or hurt and were not part of the disagreement as well.”

It is reported that deputies are following up on leads. At this time, there are no arrests.