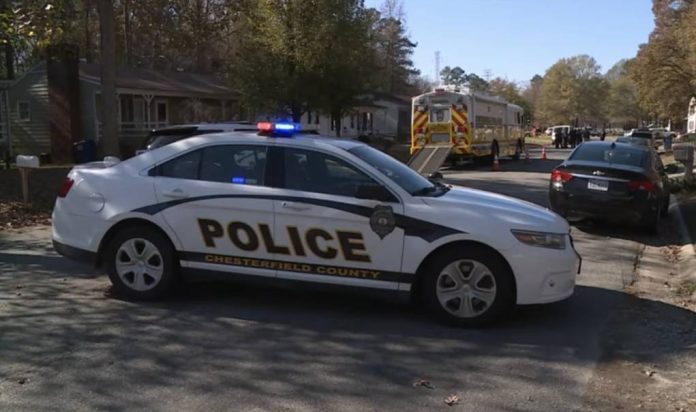 In Chesterfield, a mother and her three young children were found shot to death Friday morning.

Just a few doors away from the scene of the crime, families wept tears of disbelief and sorrow.

“I’m so sorry that these babies are gone,” said Nicole Rogers-Powell, a neighbor.

The fact that she never knew of any trouble in the family makes it even more disturbing.

JoAnna Cottle, 39, Kaelyn Parson, 13, Kinsey and Jayson Cottle, 4, were found shot to death in their home on Laurel Oak Road by Chesterfield police.

A few hours later, Jonah Adams, 35, was arrested in Waldorf, Maryland, in connection with the shooting. Both 4-year-olds are reported to be twins by neighbors. According to the police, both are his children.

“The kids ride bicycles. They come in the other neighborhood. They’re all happy. It’s just sad that this had to happen,” said Candy Hirsh, who lived nearby.

On Halloween night, she remembered last seeing the family.

“My granddaughter, like I said, she’s 2, went up to them and gave them a hug. It was just so precious. The mom was just sitting on the porch with them,” Hirsh recalled.

This was a loss that left a family friend visibly shaken, who didn’t want to be on camera.

JoAnna just celebrated her 39th birthday in September, she said.

“I’m so sorry. God knows I’m so sorry. I just wish that this world wasn’t as bad as it is,” said Rogers-Powell.

Treemont neighborhood was in disbelief that something so tragic could happen so close to home.

“It’s scary. It [makes] you want to not live around here anymore, to be honest,” said Zshakira Squire.

“You have to have your kids and grandkids close to you at all times. Never take a day for granted,” Hirsh reminded us.

It is still unclear what led to the shooting, but police are working to find out.