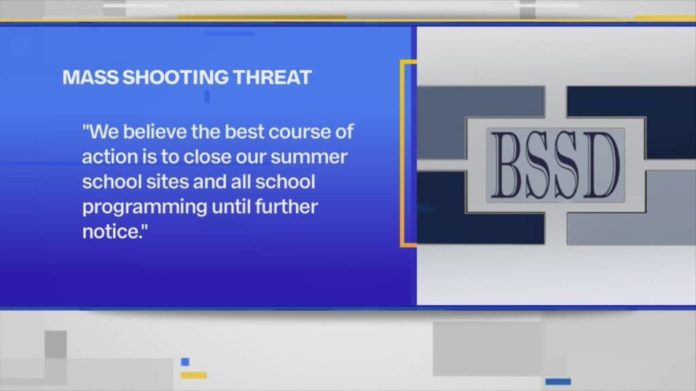 Wednesday morning, several school districts canceled all activities for the day, including Lee’s Summit. They couldn’t risk that any of their buildings would become the site of the next mass murder.

The Blue Springs School District announced it would cancel activities “out of an abundance of caution” after police said a man had fired his gun inside a gym hosting a children’s summer camp. Seven other area school districts followed suit.

The 19-year-old suspect was taken into custody after a tipster alerted police to threats made on social media. The FBI has confirmed the suspect is “dangerous”.

After two mass shootings in the last month, Kansas City-area schools chose to cancel summer programs because of the threat of violence. While most threats prove not to be credible, they are no less frightening.

This threat was reported after schools had closed for summer break, but the Independence School District Superintendent said his district would respond exactly the same way had this happened in September.

For more information on this story, consider the following news outlets listed below to get additional details.