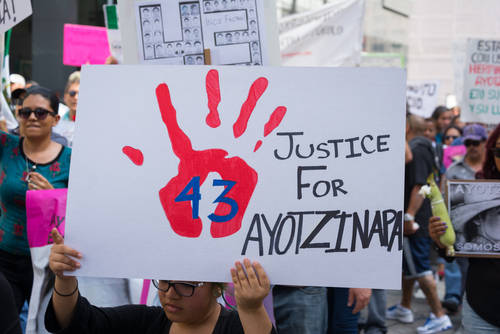 A truth commission investigating the disappearance of 43 students in Ayotzinapa, Mexico, concluded that the Mexican government was involved. They said that members of the previous administration had hidden the truth, altered crime scenes, and covered up links between authorities and the criminal organizations behind the disappearances.

Prosecutors said Friday that they had arrested the former attorney general Jesus Murillo Karam. He served from 2012-2015 under former President Enrique Pena Nieto.

Alejandro Gertz Maner, the current attorney general, said that Murillo Karam’s charges include torture, official misconduct, and forced disappearance. According to the Center for Justice and Accountability, forced disappearance is the “abduction by state officials or their agents, without due process of law, followed by an official refusal to acknowledge the abduction or to disclose the fate of the person abducted.”

The motivations behind the students’ kidnappings remain the subject of controversy, and there is no clear understanding of why it happened.

In a conference, Alejandro Encinas, a human rights official, stated, “There is no indication the students are still alive. All testimony and evidence shows that they were killed in deception and disappeared.”

There were additional arrest warrants issued. They included warrants for army soldiers, officers, local officials, local police officers, gang members, and state police. According to the AP, the charges were for murder, torture, criminal association, forced disappearance and official misconduct.

For more information on this story, see additional sources below: