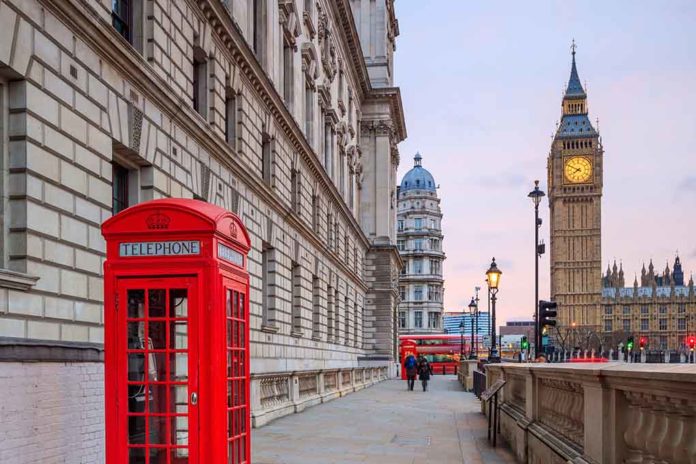 (TheDailyHorn.com) – In 1919, a group of Irish rebels resisting the ruling British government created the Irish Republican Army (IRA) as a militant nationalist organization. Its ultimate goal was to militarily remove British rule in Ireland and gain independence from the United Kingdom.

The IRA operated independently of any political control and at times led to the advancement of independence. It was known to participate in guerrilla-style warfare, ambushes, raids, and sabotage to force Great Britain to negotiate freedom for Ireland.

From the late 1960s until 1998, the conflict in Northern Ireland became known as the Troubles. The movement was largely political and nationalistic despite religious rhetoric between Catholics who supported independence and Protestants who wanted to remain part of the UK.

During that period, the IRA carried out a bombing campaign against British military, political, and economic targets. In July 1997, both sides agreed to a ceasefire. In 2005, the IRA formally disbanded. Now, there are questions about hitherto undiscovered files dealing with the UK’s secret service, known as MI5, and its operations in Northern Ireland.

New revelations are coming to light about potentially illegal activities undertaken by the UK against Northern Ireland. Former chief constable of Bedfordshire police Jon Boutcher has been investigating potential crimes committed by a British spy inside the militant group.

A state agent identified by the codename Stakeknife is at the heart of the investigation. Starting in 1970, the spy rose through the IRA’s ranks into senior leadership.

Relatives of former IRA members accuse the secret agent of beating and torturing IRA informers to extract confessions for the alleged terrorist organization. At the same time, he was being paid by the UK government and allowed to commit crimes to build his reputation among IRA soldiers and leaders.

The families of Stakenife’s victims say he could have saved their loved ones’ lives, but he refused to help them. They say that providing intelligence to the UK was more important to him than saving lives.

Recently, Boutcher reported that his investigation revealed that Stakenife was responsible for as many as 250 murders. In addition, he legally challenged MI5 and successfully obtained previously unknown information on crimes of which law enforcement was not previously aware.

Boutcher alleged that because so many in the government chose a side so many years ago, they felt obligated to conceal information related to the case. Boutcher also stated his belief that the government had a big decision to make and that families deserved to know the truth about what happened to their loved ones.

The UK government is considering if they will allow a statute of limitations on investigations to expire. He said if the government denies victims’ families the truth, it will inspire the families to press on in search of information.