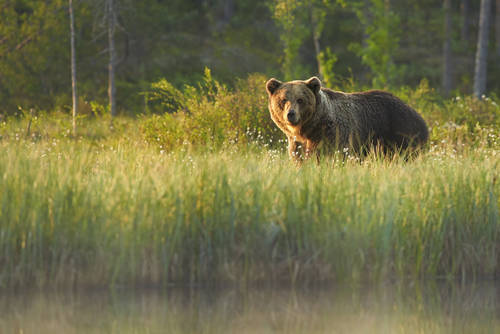 A grizzly bear mauled a Michigan man on Tuesday, September 6. It happened in Alaska near the East Fork Indian River.

The bear mauled thirty-three-year-old Nicholas Kuperus during a hunting trip. According to Alaska Wildlife Troopers, Kuperus surprised a mother grizzly bear with her three bear cubs nearby. The bear felt threatened and attacked.

The Alaska Wildlife Troopers received the report via satellite communication. Kuperus was rescued by a medical helicopter and brought back to an ambulance in Glennallen, AK, about 180 miles northeast of Anchorage. He was then transported to a hospital and treated for his wounds.

Bear attacks are rare. But if you see a bear, there are some precautions. According to the National Park Service, you should keep your distance and avoid surprising bears, as most bears will avoid humans if they can.

If a bear does attack you, it is essential to know what type of bear it is. If a grizzly bear attacks you, you want to play dead while protecting your neck. If the bear is persistent and will not leave you alone, this is when you need to fight back. If a black bear attacks you, you must first try and escape. If that is not possible, you must fight back. Do not play dead with a black bear.