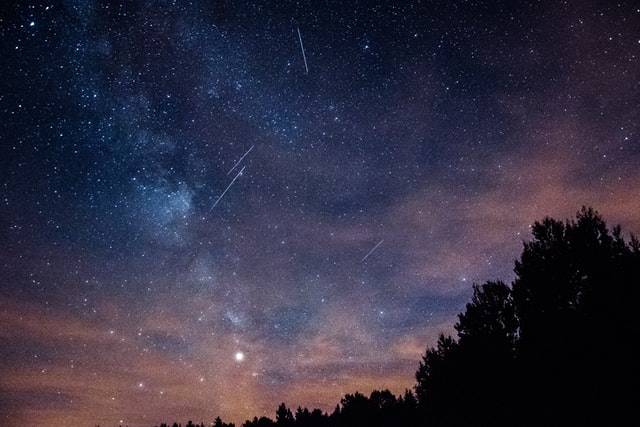 Comet 73P/Schwassman-Wachmann 3 and its fragments were seen by NASA’s Spitzer Space Telescope.

German observers Arnold Schwassmann and Arno Arthur Wachmann discovered a comet called SW3 in 1930. In 1995, they realized the comet had shattered into several pieces, littering its own orbital trail with debris.

The debris from SW3 will strike Earth’s atmosphere at just 10 miles per second, making it much fainter than the eta Aquariid meteors. But North American stargazers are taking particular note this year because the tau Herculid radiant will be high in the night sky.

The tau Herculids are a meteor shower that could occur on May 30 and 31 if debris from a broken comet called 73P/Schwassmann-Wachmann ejected with speeds greater than twice the normal speeds – if some fragments reached Earth.

The meteor shower could lead to a spectacular “meteor storm” with 1,000 shooting stars per hour, but NASA cautions that if the comet has debris traveling slower than 220 mph (321 kph), there will be no meteors.

The comet 73P/Schwassmann-Wachmann may strike Earth’s atmosphere during this shower, and produce fainter trails in the sky.

The peak time to watch the tau Herculid meteor shower is around 1 a.m. on the East Coast.

For more information on ideal viewing times and the scientific background of these phenomenal showers, check out the news sources listed below: