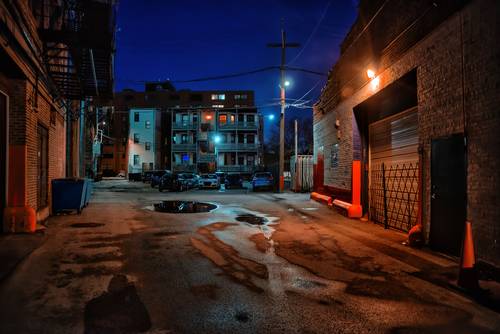 A young man reported missing from New Jersey was found crushed to death at a Pennsylvania recycling center after a night out with friends.

Approximately 8:40 in the morning on Saturday, police were called to Total Recycle Inc. in Birdsboro, Pennsylvania, when workers discovered a body. Due to his “unique” tattoos, Kellen Bischoff, 19, of Manahawkin, New Jersey, was quickly identified as the victim.

Recently, Bischoff visited family in Kutztown, Pennsylvania, about two hours northwest of Manahawkin. In the evening of Friday, he had attended a party near the campus of Kutztown University.

Surveillance footage showed Bischoff climbing into a dumpster behind a Dollar Tree in Kutztown early Saturday morning. Several hours later, a recycling truck collected the dumpster contents, at which point Bischoff was likely compressed with the rest of the contents.

While autopsy and toxicology reports are still pending, preliminary autopsy results indicate that his injuries were consistent with being dumped into and compressed by a trash truck. There is no suspicion of foul play.

Bischoff graduated from high school with honors in May and was a member of his school’s wrestling team. His true passion, however, seemed to be music. Besides playing drums in a local band, he also attended Full Sail University on a scholarship.

It has been a devastating loss for them to lose their former bandmate.

“Kellen was the drummer in our band Hellfire and was a dear friend of all of ours,” Julian Contreras wrote on a GoFundMe account established in his memory. “He was very dedicated and passionate about music and our band.”

Bischoff was described as having an “infectious” and “fun-loving” personality that “left an impression on all who knew him.”

He is survived by his parents, Patty and Mike, his twin brother Nathaniel, and his younger sister Raegan. On Sunday, Maxwell-Tobie Funeral Home in Manahawkin will hold a memorial service for Bischoff. Instead of flowers, the family requests donations to Pointer Rescue, Happy Paws Rescue, and St. Jude Children’s Research Hospital in Bischoff’s memory.

“Continue to pound those skins our mighty Irish warrior and we will be listening and we will hear you,” the obituary read.