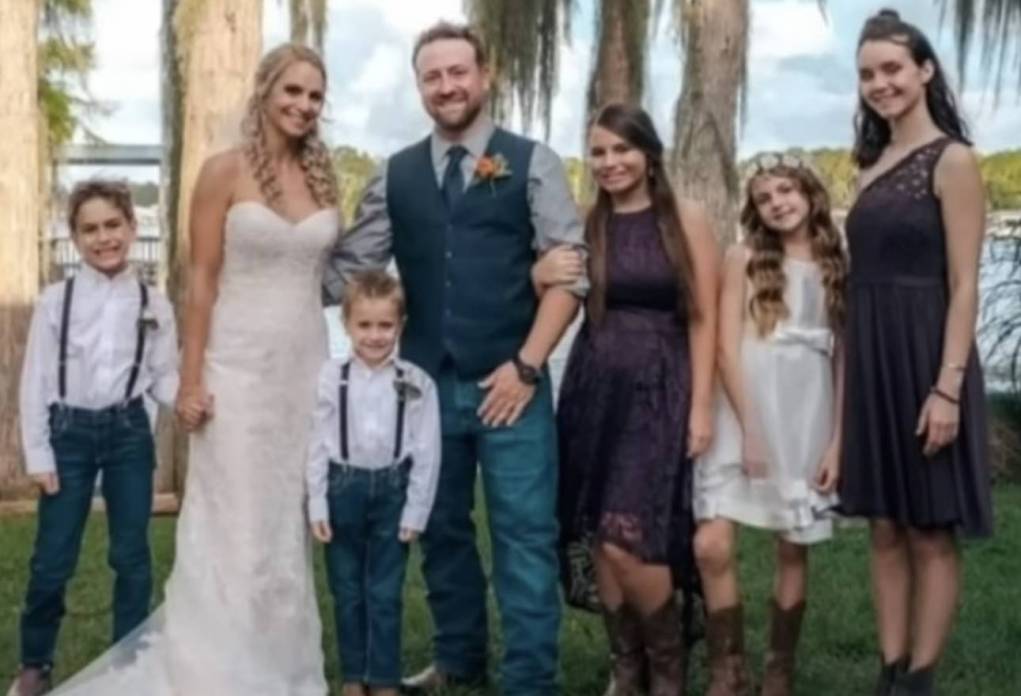 After suffering burns to almost 100 percent of her body in a backyard fire pit accident, a Florida mother of five died. In addition, her 11-year-old son was also hospitalized for burns.

As reported by WFTS, Nicole Foltz and her husband, Jeff, started a fire during a gathering with friends to keep the bugs away.

After Jeff went inside, Nicole tried to rekindle the fire that was dying. She added another log but failed to get it going.

Nicole then added some gasoline and it reignited but traveled quickly up the stream of gas to the can, and the can exploded in her hands.

According to the outlet, his wife stopped, dropped, and rolled to try and put the flames out, but despite her attempts to fight the flames, she was overcome by them and suffered burns to almost 100 percent of her body. Tragically she passed away three days after the accident on November 14.

It is reported that Jeffrey, the 11-year-old son of the couple, also suffered severe burns. They covered about 40 percent of his body. He spent 12 days in the hospital recovering after the incident.

Back at home now, Jeffrey is making progress. His father shared, “He’s staying pretty strong. I’m sure the whole crew there was really surprised to hear that two days after we got home, he was walking.”

Nicole worked at a local bar called Tarpon Tavern for a handful of years and became well-known in the community. A GoFundMe was set up, and many paid tribute to her.

Dan Jenkin, the GoFundMe organizer, said, “Her radiant smile always filled the room. She was always there for everyone — there for every relative, every friend, every customer, every co-worker, every birthday, every anniversary, every day for everyone.”

Jeff doesn’t want anyone else to endure what his family has had to go through; he told WFTS, “I don’t want to read about somebody else’s family having to go through this. It’s unimaginable,” Jeff shared. “It’s just one of those senseless acts you don’t expect to happen in your family; gasoline is not a joke when it comes to fire. You have to be careful or just don’t do it at all.”

Jeff says that Nicole always wanted a bird bath in their backyard, so they’re going to give her what she dreamed of and turn the fire pit into a bird bath.