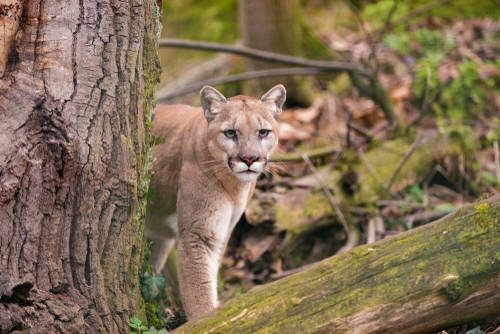 Two women encountered a mountain lion during a trail run. One of the women sustained injuries after being attacked. Authorities believe they found the cougar that injured the runner Sunday morning in Millcreek, UT, and euthanized it.

Faith Jolley, a spokeswoman for the Utah Department of Wildlife Resources, confirmed that a woman and her friend were trail running the Pipeline Trail in Millcreek Canyon around 8:30 a.m.

According to reports, after the two runners turned a corner, they surprised a cougar also on the trail. Jolley said in an interview, “They started to back away from the trail, which is what you’re supposed to do when you encounter a mountain lion,” She added, “And, as they did, the mountain lion leaped at her, and she slipped and fell backward, and its claws punctured her right leg.”

The other runner was quick to act and hit the cougar with a rock, enabling the runners to escape. The cougar vanished from sight and did not chase after the runners.

According to Jolley, once the runners called for help, they refused an ambulance and drove themselves to a local hospital, where they were treated.

Despite two puncture wounds on her right leg, the woman was cleared by the hospital and is doing well.

Trained hounds were used to find the cougar. One of the runners left her shoe in the area where the cougar attacked, which gave searchers a location to start their search, and ultimately helped locate the animal.

The cougar was eventually found and euthanized, per protocol. Anytime an animal harms a human, it must be put down. Jolley shared, “Just as a precaution. Whenever we do have wildlife that does injure a person, that’s part of our policy. She added that they also want to check the animal for rabies.

Jolley emphasized that it is “pretty rare” for cougars to attack humans. Officials believe that this cougar was only startled and was not trying to prey on the woman.