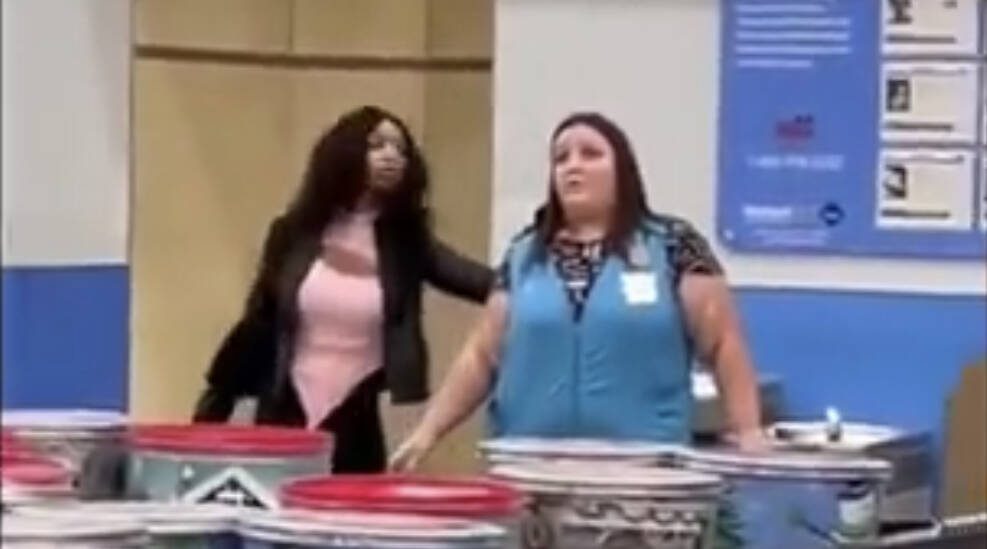 An armed woman took a Mississippi Walmart employee hostage on Wednesday, and a Richland police officer shot and killed the suspect saving the employee’s life.

At approximately 5:45 p.m., the police responded to an incident involving a weapon near Walmart off Interstate 49 in Richland, according to WJTV. A hostage situation soon ensued.

It is unclear why the woman took the employee hostage but a viral video captured part of the ordeal.

In footage of the incident posted to social media, the suspect, 21-year-old Corlunda McGinister of West Helena, Arkansas, can be seen holding a handgun to a terrified Walmart worker.

The suspect can be heard yelling, “Everybody do what I say,” and then she repeatedly asked for a news anchor claiming she needed help.

During the ordeal, the individual who captured the event on camera shouted, “Let her go.”

The suspect responded, “We’re not doing this, good cop.”

Police are seen drawing their guns towards the end. As the police approached the suspect, they calmly asked her to put down her gun and put her hands up.

When the suspect refused to do either, she asserted, “They are trying to kill me.”

Despite officers’ assurances, the suspect did not release her hostage or surrender her weapon.

McGinister was then killed after police fired on her, saving the hostage. There were no other injuries.

Richland Police issued a Facebook statement stating, “All of our officers are safe! Walmart is secure and closed at this time. The MBI (Mississippi Bureau of Investigation) will be conducting an independent investigation.”

A recent terrible turn of events has plagued Walmart employees. Last month, a Walmart store manager went on a shooting spree in Chesapeake, Virginia, killing six people and then turning the gun on himself on November 22.