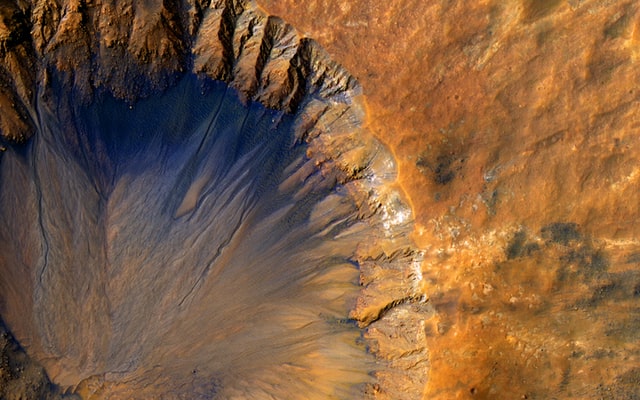 An alien craft crash-landed on a distant planet not so long ago, and NASA’s Ingenuity Helicopter just took awe-inspiring footage of it beaming the signal back home through millions of miles of the vacuum of space.  The wreck filmed was “alien” because it originated from Earth and crashed on Mars.  What looks eerily like a flying saucer crash is an Earthling invention from another NASA craft, the Perseverance rover, which helped bring Ingenuity to Mars last year.

NASA hopes to prove the mechanics of “crash landing” on Mars for future missions.  If the sensors or cameras were incorrect, the helicopter footage could verify either way.  Lacking all other scientific purposes NASA’s Ian Clark said the photos are “awe-inspiring”.

What do you think? Would you go with Elon Musk to Mars?

Read more on this story at the following additional news sources: