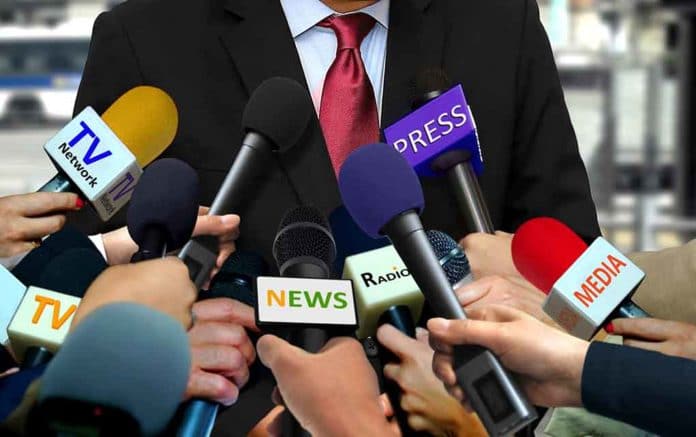 (TheDailyHorn.com) – It’s been said that working as a spy is an art in deception. In the old days, spies and their handlers planted stories or advertisements in the news to communicate with one another. Now, it appears that a freelance journalist might have been operating as a spy for Russia.

Voice of America (VOA) is a US government-funded news agency with affiliate stations around the world. On Monday, March 7, VOA found itself embroiled in a potential spy case.

The @VOANews news agency has removed content from a freelance journalist recently arrested on suspicion of being a spy for Russia and is “thoroughly reviewing” the submissions, according to a recent news report. #JustTheNews

Poland recently arrested freelance journalist Pablo Gonzalez on suspicions he worked for Russia’s premier spy agency, the GRU. Polish authorities allege the Russian-born VOA contributor collected information about Poland for the Russian government and was about to do the same in Ukraine. Poland believes that Gonzalez used his status as a journalist to gather information for Russia.

In 2021, Gonzalez contributed approximately a half dozen pieces to VOA. He reported on the war between Azerbaijan and Armenia. VOA says he was never an employee and that they removed all of his articles from their website and social media accounts. Still, Voice of America says it’s not aware of any information confirming Poland’s accusation against Gonzalez.

Still, Gonzalez’s work for VOA is concerning. In 2020, a former CEO of the agency that oversees VOA said the media outlet is the perfect place to plant a spy due to the network’s substandard security practices.