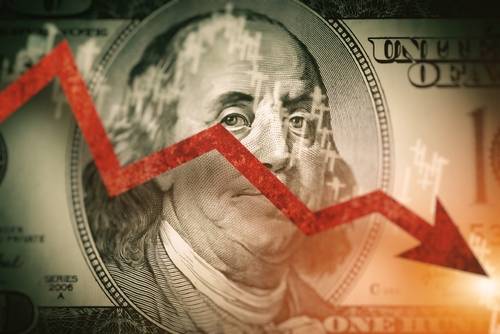 Mayor Eric Adams declared the U.S. had entered into a recession, with Wall Street “in collapse,” at a Sanzer Yeshiva event in Staten Island.

President Biden has refused to acknowledge that the U.S. economy had entered a recession, even though the economy had declined for two straight quarters.

Biden said that the U.S. economy is not in a “recession” despite Thursday’s GDP report and that the jobs market is “remaining historically strong.”

Biden said that the Korean-based SK Group has invested $200 billion in American manufacturing since he took office and that Congress has a historic opportunity to pass an inflation reduction act.

The White House Council of Economic Advisers attempted to redefine recession in a blog post on July 21st, saying that two straight quarters of falling GDP does not mean that the nation is in a recession.

The National Bureau of Economic Research (NBER) says the US economy has been expanding since the pandemic began and has continued to expand in the first half of this year. The economy is close to entering a recession, but the NBER will not immediately declare one.

So, what has been the definition of a recession?  The first estimates for Q2 GDP announced on Thursday showed that it declined by 0.9%. Two-quarters of negative growth is a pretty good rule for identifying a downturn, though the final call is made by the NBER.

The NBER looks at three things to call a recession: depth, spread, and length of the downturn. The current drop in economic growth is relatively shallow and might keep the NBER from calling this a recession yet.

The spread is the trickiest part of the NBER’s definition because specific sectors of the economy are doing relatively well, but others are slowing down, and businesses are investing less. So it is not an easy call to make, but the economic picture in 2022 is fairly clear with the combination of declining growth and very high inflation.