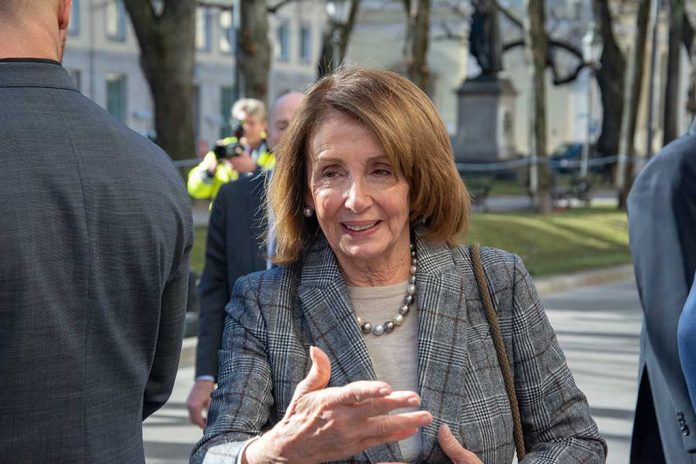 (TheDailyHorn.com) – Following the stance she took against Donald Trump earlier in the year, Republicans felt Rep. Liz Cheney (R-WY) no longer stood for the principles of the party and should not remain as the third-highest ranking Republican in the House of Representatives. They voted to remove her from the position on May 12, 2021.

Not everyone feels the same way. Cheney is now gaining support from an unlikely source; Speaker of the House Nancy Pelosi (D-CA).

Pelosi Launches Attack On GOP For Removing Liz Cheney – ‘Republicans Must Take Back The Party’ – (Now, we are certain it was the right thing to do!) https://t.co/LLeSiCylgM via @TPInsidr

In a statement, the leading Democrat said “reasonable Republicans” need to “take back their party.” She supported Cheney, saying she’s “a leader of great courage, patriotism, and integrity.” Pelosi went on to declare that the representative spoke the truth regarding the January 6th incident at the Capitol, despite the denial of her party colleagues.

While the Speaker might think she is exposing the terrible deeds of Republicans, her championing of Cheney proves the removal was justified. If Nancy Pelosi supports her, then it’s clear she’s strayed far from the ideals and values of the party.

Superman Term Will No Longer Say “Truth, Justice, and the American Way”