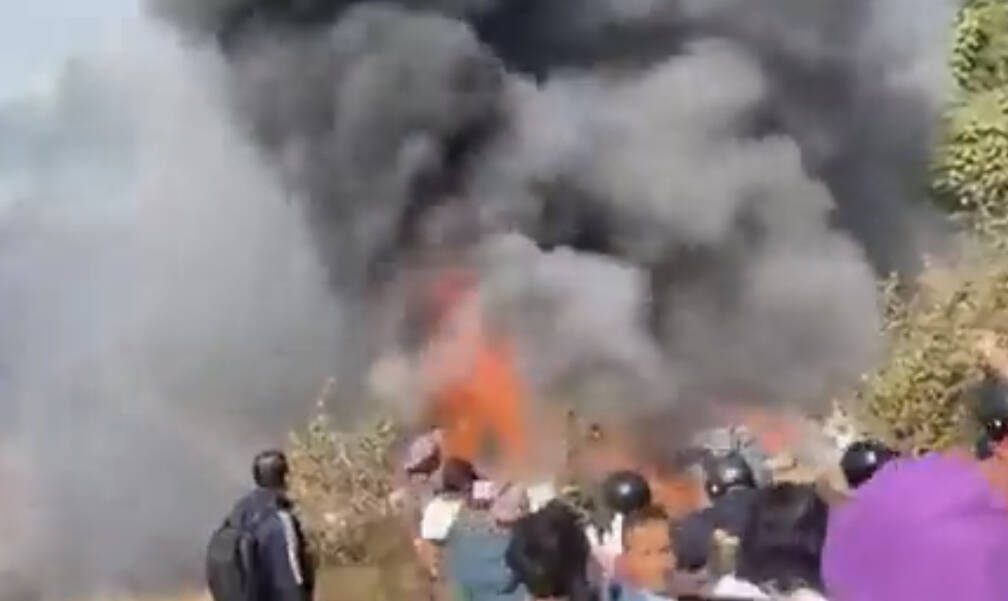 A plane carrying 72 people crashed in Nepal on Sunday morning.

As reported by the Kathmandu Post, the Yeti Airline plane crashed near Pokhara International Airport as it was carrying 68 passengers and four crew members.

Yeti Airlines Spokesperson Sudarshan Bartaula told the Post that three passengers were infants, three were children, and sixty-two were adults.

Sudarshan Bartaula, says efforts are underway to put out the fire caused by the plane crash in Pokhara. Online Khabar reported.

According to government officials, a security team has gathered at the incident site to assist with the rescue effort. The number of casualties has yet to be determined.

According to the Kathmandu Post, Prime Minister Pushpa Kamal Dahal summoned cabinet members for an emergency meeting after the crash and asked security to assist rescue efforts immediately.

Online Khabarar reported the plane had been flying from Kathmandu to Pokhara in central Nepal.

According to reports, a helicopter rescue team was dispatched to the crash site.

“We expect to recover more bodies,” Krishna Bhandari, an army spokesman, said. “The plane has broken into pieces.”

The damaged twin-engine ATR 72 can be seen in social media videos erupting in flames and smoke.

As responders attempted to rescue survivors from the airplane wreckage, crowds gathered around it, as seen in the video footage captured.

It is not known if there are any survivors, according to Nepal news outlets the death count is up to forty.

Mirror Now reported that Capt. Meenu Wadi said in regards to the crash, “Won’t jump to conclusion that aircraft was defective.” Currently there is no information surrounding the cause of the crash.

This is a developing story.