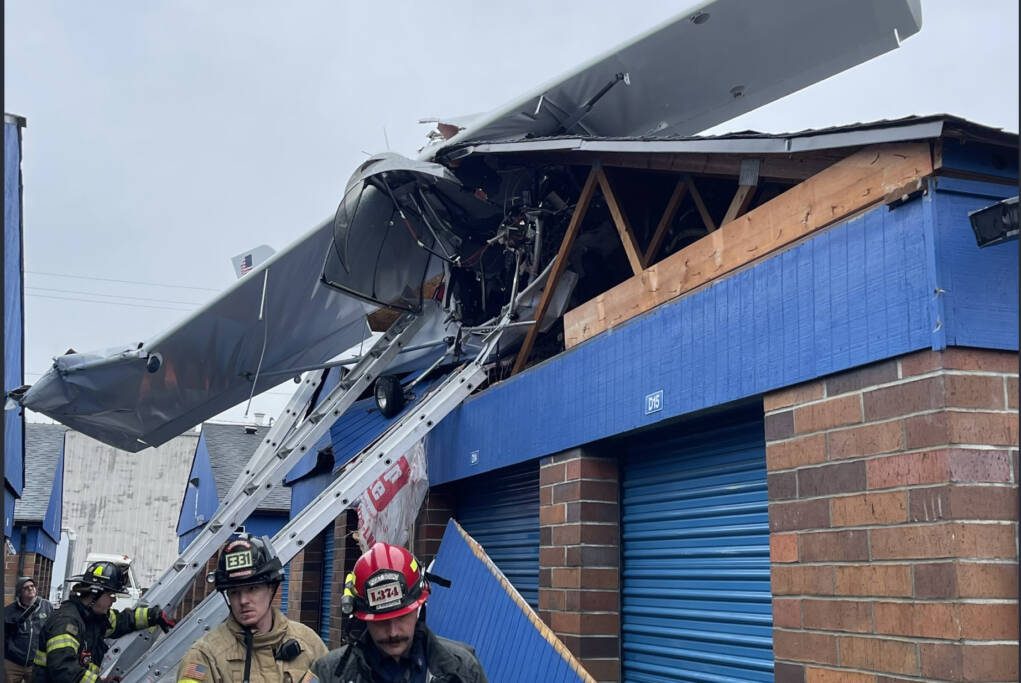 Puget Sound Fire reported that two men sustained life-threatening injuries when a small plane crashed into a storage unit in south Kent, WA, on the afternoon of January 7.

A Puget Sound Regional Fire Authority Division Chief Pat Pawlak says it took firefighters 19 minutes from the time the 911 call was received to get both men out of the plane. Pawlak emphasized that every minute counted in the rescue.

According to reports, the plane small single-engine aircraft.

The aircraft’s records indicate it belongs to someone in Spokane, but investigators believe it was on a local flight path.

The two individuals on board sustained injuries but no deaths were reported.

There were two men, ages 23 and 59, transported in critical condition to Harborview Medical Center in Seattle.

According to a hospital spokesperson, as of Saturday, both patients were conscious and had “non-life threatening conditions.” Medical evaluations and assessments will continue.

This crash is being investigated by the National Transportation Safety Board, which has been in contact with Kent Police.

In November, another airplane crash occurred in Washington state in Snohomish county, where four people died.

The crash occurred around 10:20 a.m. in Snohomish County near Harvey Field Airport on Nov. 18.

On board the plane was two highly experienced test pilots, a flight test director, and an instrumentation engineer.

The NTSB reported that its right-wing fell off midair and was found about 200 yards from the wreckage.