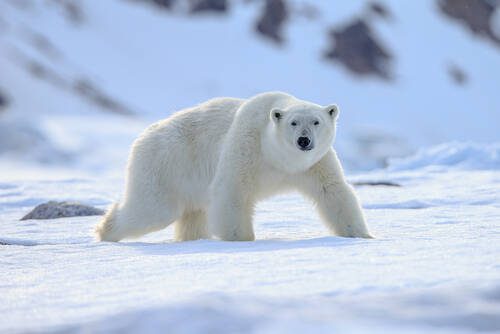 Alaska State Troopers reported on Tuesday afternoon that a polar bear had killed a woman and a boy in the remote city of Wales, in Northwest Alaska. The incident occurred at roughly 2:30 p.m. when a polar bear was reported to have arrived in the town and chased several locals.

Troopers reported that the bear killed a woman and a boy. According to the troopers, The bear “was shot and killed by a local resident as it attacked the pair.”

Authorities did not name the deceased in their report but are in the process of notifying their relatives. Troopers are working with the Alaska Department of Fish and Game to dispatch personnel to Wales when the weather permits.

The town of Wales is a small settlement with a population of fewer than 150 people, is situated near the Seward Peninsula, directly abutting the Bering Strait, and is roughly one hundred miles north of Nome.

Polar bears are rarely seen in the Bering Strait area and the northern Seward Peninsula. During the winter season, they have been known to migrate as far south as St. Lawrence Island, with some even traveling further than that, as noted by the Alaska Department of Fish and Game.

These majestic creatures can reach a weight of up to 1,200 pounds for males and 700 pounds for females, and they have no natural predators other than humans.

There have been very few cases of fatal polar bear attacks in Alaska. In 1990, a person was killed by a polar bear in Point Lay, a village further north of Wales. According to the Anchorage Daily News, biologists had noticed that the bear exhibited signs of malnutrition.

In 2019, researchers from the United States Geological Survey in Alaska observed that alterations in the sea ice environment had been accompanied by an upsurge in polar bear activities on land, thereby increasing the likelihood of humans encountering them.