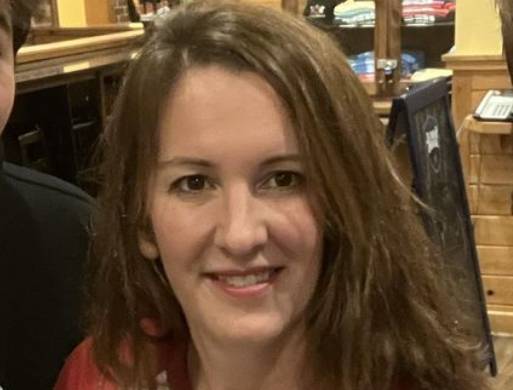 More information has emerged on the events leading up to and after Amy Anderson shot and killed two police officers in Mississippi. Sean Tindell, the public safety commissioner gave detailed information to WLOX News. According to their report, at 2:30 a.m. Wednesday, Amy Anderson checked into Motel 6 in Bay St. Louis.

Around 3:35 a.m., Anderson appeared distressed and came to the front desk asking the manager to call 911. Within a few minutes, the officers, Sergeant Steven Robin and Officer Branden Estorffe responded to the hotel and met with Anderson in her room. In addition to Anderson, her 8-year-old daughter and three dogs were in the room.

Interestingly Anderson lived in Ocean Springs but was staying at the Bay St. Louis motel. During her interview with the officers, she explained that she feared for her life and believed that a white truck was following her.

According to Tindell, the officers talked for approximately 40 minutes with Anderson based on what he observed on Officer Estorffe’s body camera. The conversation was described by Tindell primarily as “pleasant.” But the conversation eventually turned darker, and the officers became concerned for the daughter’s safety.

Tindell stated, “During the course of the conversations with Ms. Anderson, the officers became concerned for the safety of her daughter.”

According to WLOX, Tindell would not provide further details. He only said, “She had made a number of comments that had the officers concerned for the safety of the child.”

The officers then decided to call Child Protective Services for the child’s safety. After more than half an hour, Anderson packed up her belongings and headed to the car. Tindell said that Anderson started packing up her car and was “attempting to leave the hotel.” He explained that the officers were trying to keep her from leaving until Child Protective Services could get there.

It was at 4:19, when Anderson was sitting in her car that she shot and killed Officer Robin, according to Tindell.

Tindell also explained that Sgt. Robin was shot and killed while standing at the door of Anderson’s vehicle. A two-shot exchange followed between Officer Estorffe and Anderson. A shot to the arm and head struck Estorffe, while a bullet to the chest struck Anderson. Estorffe died at Memorial Hospital in Gulfport after being treated for his injuries. Anderson was pronounced dead at the scene. She was armed with a semiautomatic Glock pistol, according to officials.

It was reported earlier that Anderson was believed to have shot herself, but it was later determined she died by a shot fired by Estorffe. According to investigators, Anderson fired three shots, and Estorffe fired two. In the front passenger seat, the daughter witnessed the whole shooting.
Tindell explained that he wasn’t sure exactly what she saw but that she was present.

After the shooting, an elderly couple staying at the motel was able to help remove the child from the scene by rushing to the vehicle. In the aftermath of the incident, officials say she is staying with family and is not physically injured.

According to Tindell, the officers reached out to CPS in a timely manner based on what he reviewed.

“It’s my belief their fears were justified. There is little doubt in my mind the actions that they took very well could have saved the lives of others.”

The 8-year-old girl, previously reported as ten, was Anderson’s third child. The older two children were with their father at the time of the shooting. The girl had a different father, which is why she was still with her mother.