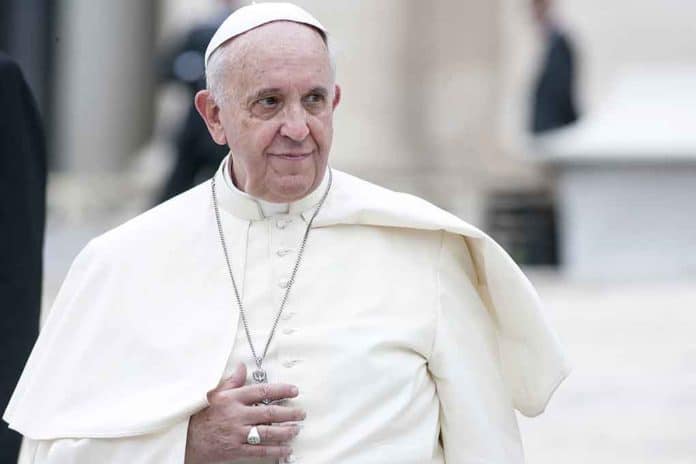 (TheDailyHorn.com) – One might be hard-pressed to refer to the Catholic Church’s governmental model over the last millennium as capitalist. Among most Catholic bishops and priests, there has always been a focus on helping the poor and underserved.

In modern-day Italy, the tax system is highly progressive. The more money one makes, the more one is taxed by the government. On Monday, January 31, Pope Francis met with Italy’s internal revenue service representatives. He praised them for their work and said taxes are needed to redistribute money from the wealthy to the poor.

Pope Francis urges members of Italy’s taxation authority to implement Gospel values as they work to favor the redistribution of wealth and support public services for society’s neediest members.https://t.co/muO849Pvce

The pontiff said tax collectors serve the common good by redistributing wealth and guaranteeing equality. In many ways, Francis expressed a view of socialism embraced by many on the Left in America. The Pope added that law dictates fairness when the pursuit of individual interests generates inequalities.

The pontiff said the government doesn’t reach into people’s pockets with money. Instead, it creates justice by protecting the dignity of the poor, who the powerful continually threaten to crush to preserve their privileged lifestyles.

He said the work of the tax collector is to uphold a model of social justice while maintaining impartiality. The Pontiff then added that the free healthcare system in Italy was one of the most beautiful things about the European country.