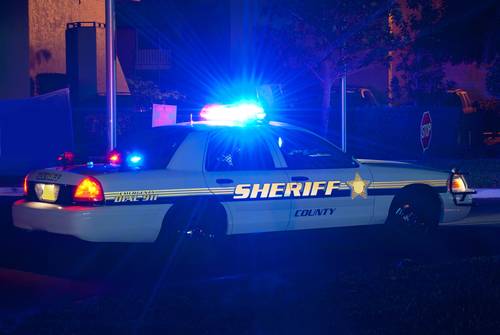 A pregnant woman from Arkansas believed she was heading to a job interview with a woman she met online but instead went missing shortly after on October 31. She was found dead three days later on Thursday afternoon, according to police.

Benton County Sheriff’s Office said that 33-year-old Ashley Bush was found in southern Missouri after going missing on Monday. Bush was 31 weeks pregnant at the time.

Valerie Grace Willis, Bush’s baby girl, was found a day earlier and in a different location from Bush on Wednesday.

In connection with their deaths, Amber and Jamie Watterman were arrested. Kidnapping charges have been filed against the Watermans, authorities said.

The Benton County Sheriff’s Office made it clear that this is an ongoing case and gave limited details on the events surrounding the deaths of both the woman and the baby.

The Sheriff’s Office said during a press conference, “This is still an active case, and we will be limited in the details that we can give. This is a fluid working case at the moment.”

Prosecutor Nathan Smith said Bush appeared to have died from a gunshot wound. However, the official cause will be determined after an autopsy report.

As Smith pointed out, Arkansas charges someone who kills a pregnant woman with two counts of murder.

Reports indicate Bush had three other children, aged 8, 7, and 2. Bush was also engaged to be married.

Bush was last seen alive on Halloween in the passenger seat of an older model tan pickup truck, authorities said.

According to reports, Bush was looking for work that she could do from home when she met a woman online. The woman was named ‘Lucy.’ Police believe that ‘Lucy’ was a fictitious person made up by Amber Watterman. ‘Lucy’ ended up coordinating with Bush to pick her up at Handi-Mart and drive her to a job interview in Bentonville.

It was reported that Ashley texted her fiancé to inform him that she was in Gravette, on her way to Handi-Mart, for him to pick her up. When ‘Lucy’ and Ashley reached the intersection near Handi-Mart, they turned north onto Hwy 43 and continued north according to witnesses. She was not heard from after that.

Amber Watterman is believed to be “Lucy,” according to authorities.  Officials believe that Amber and Jamie worked together.  They would not go into detail of how or under what circumstances they found the baby and didn’t offer much information on the finding of Bush.

With the case crossing state lines, multiple agencies have been involved in the investigation, including the FBI, as well as officials from both Arkansas and Missouri.

Sheriff Shawn Halloway told reporters during the press conference, “This is one of the most horrific cases that I have personally been involved with.”

Smith shared with reporters, “This is just a reminder that there is evil in the world. People do evil things. That someone would prey upon a pregnant woman in her most vulnerable state is just imaginable. But unfortunately, that is the world we live in.”

The Sheriff and County Prosecutor did not offer much more information. They said that this was still early in the investigation and that they would continue to investigate.