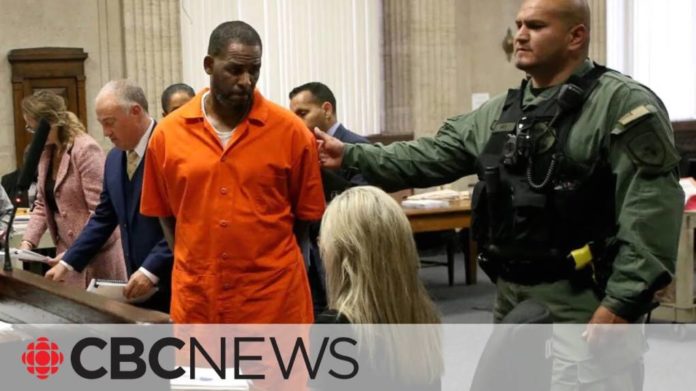 R. Kelly was sentenced to 30 years in prison Wednesday after being convicted of racketeering and sex trafficking charges.

The Grammy-winning Kelly was considered one of the kings of R&B in the 1990s and 2000s, but the rise of #MeToo helped lead to greater scrutiny of his behavior behind the scenes.

Kelly was accused of abusing young women and underage girls for more than two decades, and of confining victims in hotel rooms or his recording studio.

After Vibe magazine reported on his illegal marriage to Aaliyah, six years later The Chicago Sun-Times published an investigation into accusations that the singer was having sex with underage girls. Mr. Kelly’s stardom remained intact, even during a criminal trial in 2008.

A jury convicted Kelly last September on nine counts, including racketeering and eight counts of violations of the Mann Act, after hearing testimony from witnesses who said they were sexually and physically abused by Kelly.

Victims who addressed the court said Kelly degraded them, humiliated them and broke their spirit. One victim recalled being forced to perform oral sex on Kelly in a car full of Kelly’s friends.

Kelly’s attorney said his childhood sexual abuse may have contributed to his “hypersexuality” and criminal convictions, but a victim impact statement said her father had also been sexually abused as a child but “never molested me.”

Chelsia Rose Marcius Gloria Allred, the lawyer for the victims, addressed reporters outside of the courthouse and said they are relieved that the attacker has been sent to prison.

Kelly declined to speak after the women told their stories, saying his lawyer prompted the decision. He faces an Aug. 15 trial on child pornography charges.

For more updates on the trial, check out the news outlets listed below.