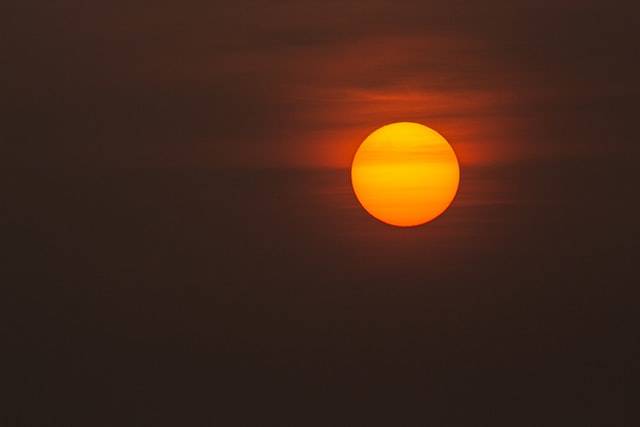 A study by an international group of scientists suggests that the recent heatwave that has baked India and Pakistan is caused by climate change. Such heatwaves may occur twice in a century and up to once every five years.

Researchers used computer simulations to find that a heat wave like this one in South Asia has a 1 in 100 chance of occurring in any given year. If the world warms 2 degrees Celsius, the chances increase to 1 in 5.

The study looked at the effects of the prolonged heat on wheat, a crop that is sensitive to extreme heat. The study found that India has banned wheat exports to the rest of the world, which has international agencies concerned about a global food shortage.

The heatwave in India and Pakistan has caused mass amounts of devastation and destruction. There have been floods, glacier bursts, and a spike in electricity demand that has depleted coal reserves. This depletion resulted in acute power shortages, affecting millions.

Experts agree that the heatwave highlights the need to combat climate change by cutting down greenhouse gas emissions, but also adapt to its harmful impacts.

Some Indian cities have tried to find solutions to heatwaves by experimenting with reflective roofs and early warning systems, as well as keeping parks open so that people can find shade. The Indian government is working with 130 cities in 23 heat wave-prone states to develop similar plans.

Found out more information about this heatwave by checking out the following news sources for updates: