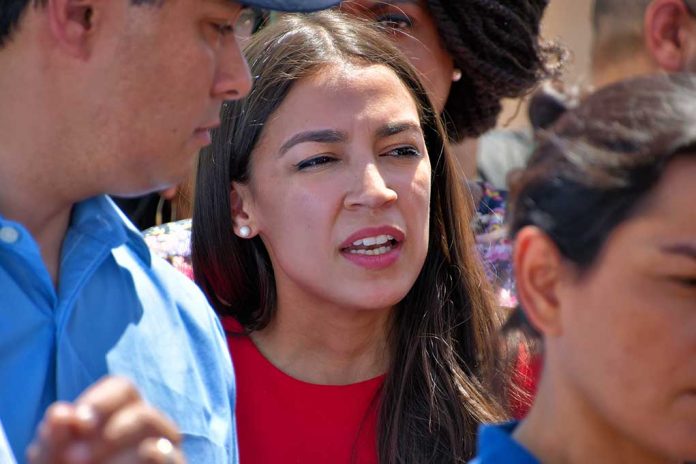 (TheDailyHorn.com) – On Tuesday, April 20, far-left firebrand and Democratic Socialist Rep. Alexandria Ocasio-Cortez (D-NY) advocated for the Green New Deal along with other members of the “Squad.” In a press conference, AOC pushed for separate bills that include trillions of dollars for free college, affordable and environmentally friendly housing, union jobs, and free healthcare.

The following day, Rep. Marjorie Taylor Greene (R-GA) tweeted a picture of the two talking on the House floor and said she would schedule a time for the debate.

I’m glad I ran into you today @AOC to plan our debate about the Green New Deal.

After I finish reading all 14 pages, like we agreed, I’ll schedule time for our debate.#MTGvsAOC pic.twitter.com/viuH5Uj0oD

On Thursday, Greene said she had completed reading AOC’s radical climate program. She stated she was ready for the debate. AOC remained publicly silent through early Thursday afternoon.

Both congresswomen are on opposite sides of the political and ideological spectrum. A back and forth between the two isn’t likely to change many minds. However, it could be very entertaining to watch.