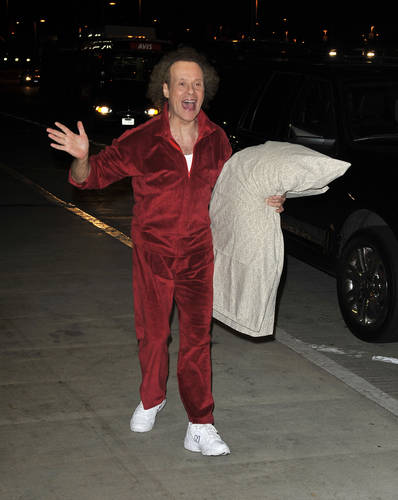 Richard Simmons has broken his six-year silence and is “happy, healthy, and living the life that he has chosen,” according to his spokesperson.

Richard Simmons was one of Hollywood’s biggest stars for more than three decades until his sudden exit from public view in 2014. A new documentary claims his troubled knee is behind his sudden avoidance of the limelight.

Simmons became a favorite figure after burst onto the scene in the 80s with training videos accessible to people of all shapes and sizes.  His biggest hit was the 1988 VHS “Sweatin’ To The Oldies.”  This became the biggest-selling, highest-grossing home fitness video of all time, gaining more than $200 million in sales.

Richard Simmons stopped performing publicly in 2014, citing problems with his knee. The new TMZ documentary claims his knee problems are due to “birth defects” in which he was “born without a complete set of bones in his feet.”