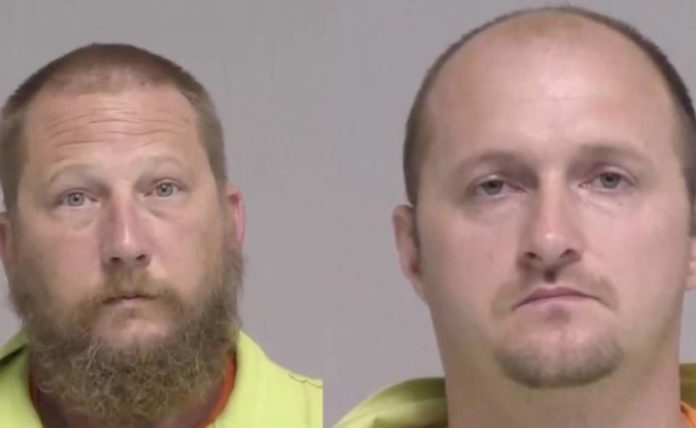 A high-speed game of “cat and mouse” between two strangers William Hale, 35, and Frank Allison, 43, ended with both of their daughters being shot and the men fighting on the side of the highway.

According to Nassau County Sheriff Bill Leeper, a 5-year-old and a 14-year-old riding in separate vehicles were struck by bullets when the drivers, their fathers, started shooting. Two vehicles, a Dodge Ram pickup truck and a Nissan Murano, were driving out of control on Highway 1 north of Jacksonville into Nassau County, Florida, at around 6 p.m.

As Allison drove away, he responded by firing one shot at the Dodge Ram with a gun. According to Leeper, Hale was unaware anyone had been shot until his passengers began screaming. His 5-year-old daughter, who was in the back seat, had been struck by the bullet. Hale then accelerated towards Allison. He then fired back with his own gun into the Nissan, emptying the clip, Leeper said.

The Nissan Murano was hit by three bullets, and one penetrated the rear, striking a 14-year-old girl in the back and causing her lung to collapse. Soon afterward, the drivers stopped their vehicles and began fighting. It took a responding deputy to break up the argument, Leeper said.

Both children were taken to a hospital with non-life-threatening injuries.
The Sheriff said, “What’s scarier than one crazy driver with a gun? Two crazy drivers with a gun.”

The Sheriff added, “Thankfully, no one was killed in this incident, but it could have very easily turned out that way because two people were acting stupid and let their tempers get the best of them. “There could have been two dead kids because of two stupid grown men,” he said.

In both cases, Hale and Allison face one count of attempted murder.