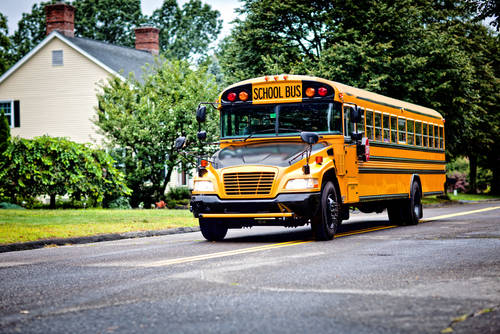 A parent’s nightmare unfolded in New Hampshire when an eight-year-old boy’s school bus driver started threatening and stalking him and his family.

Thirty-nine-year-old Michael Chick was indicted by a federal court with interstate stalking on Friday, August, 5.  Contending that he crossed state lines to harm or harass the boy and his family. According to a statement released by the U.S. Attorney’s office in New Hampshire, Chick was arrested on Friday evening in Eliot, Maine. The statement details that Chick was a school bus driver for the Greenland Central School in Greenland, New Hampshire.

The parents of the child first notified the school in April when Chick began giving their son small gifts such as candy and get-well cards.

It was later discovered that Chick was manipulating the boy by telling him about a secret group called “The Team.” According to the boy, “The Team” would do horrible things such as torture or kidnap him or hurt his family if he didn’t do what Chick wanted him to.

According to reports, Chick gave the boy 2 Tracphone cell phones that the boy’s parents found in a lunchbox that Chick gave him. Chick later admitted to providing the phones to the boy. Chick would also visit the boy’s home. Chick told police that he would visit and walk around the boy’s residence sometimes 6-10 times a night. Chick also convinced the boy to send him inappropriate photos of himself. In addition, Chick admitted to placing GPS trackers on both parents’ vehicles.

The family of the boy gave a statement saying “He is a predator of the worst kind,” it continued, “Protect us and protect the public by keeping him out of society.”