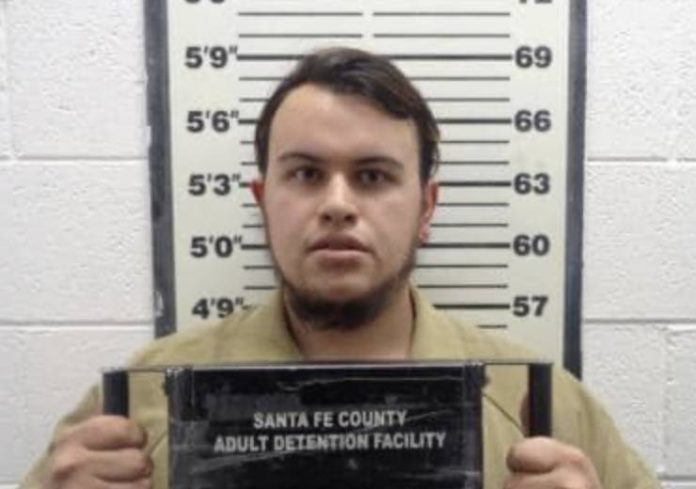 A woman in Santa Fe, New Mexico, was horrifically murdered with a sword. The case involved her former boyfriend, his lover, and a secret organization that the boyfriend was the leader of.

According to police, they found the body of a twenty-one-year-old woman who was murdered by her former boyfriend and his new girlfriend in New Mexico. It was reported by authorities that the suspects not only stabbed her but attempted to decapitate the woman.

At approximately 1:44 p.m. on Oct. 29, Santa Fe police officers responded to reports of a possible homicide where a deceased woman, identified later as Grace Jennings, was found by police.

According to police, Jennings had “several injuries consistent with being cut or stabbed with a sharp object.” Additionally, Jennings appeared to have injuries to her neck “consistent with attempts to decapitate.”

As reported by the Santa Fe New Mexican court records of Grace Jenning’s murder, Kiara McCulley was accused of stabbing Jennings with a three-foot sword and attempting to decapitate her. This all happened after her boyfriend, Isaac Apodaca, encouraged her to do it.

Santa Fe police Captain Aaron Ortiz stated.” We did collect a sword, and it is a metal sword. I can’t give detailed information as far as where it came from; that’s still under investigation.”

Police reported that nineteen-year-old Kiara McCulley, and her twenty-five-year-old boyfriend Isaac Apodaca, have been charged with one open count of First Degree Murder.

According to the Albuquerque Journal, McCulley told investigators that Apodaca is a leader of a secret organization called ‘Ghost.’ McCully shared that the group “gets rid of people who are in charge of sex trafficking or hurting kids,” according to the police complaint.

Ortiz told the Santa Fe New Mexican, “We are investigating those claims and trying to find out if there is such an organization that exists.”

According to police, Apodaca urged McCulley to kill Jennings through text messages. According to reports, he offered her “rewards” for killing her.

The alleged text messages describe the benefits McCulley will receive if she follows through with the murder. It was reported that Apodaca texted McCulley, “Remember, you’ll move up in the ranks. Plus, you get perks in the black market since this is your first.”

Another alleged text message from Apodaca to McCulley reads, “I am wanting you to kill her. You have to end your suffering by ending her joy.”

As the Albuquerque Journal reported, a police investigator asked Apodaca what he had meant and intended in the text message to McCulley. He responded, “I do mean what it says in that text,” Apodaca then told him that he had wanted McCulley to kill Jennings.

McCulley and Apodaca lived in the garage apartment that was owned by McCulley’s mother.

The Santa Fe New Mexican reported that the complaint stated that Jennings had contacted him on Friday night asking to sleep in the garage with them. Apodaca told officers that they all slept in the same bed together. As outlined in the complaint, Apodaca stated that McCulley wanted him and Jennings to leave Saturday morning. He said that around noon, he packed his belongings before going inside the house to use the restroom.

Apodaca told authorities that Jennings was dead a few minutes later. McCulley allegedly told him, “I did it.”

McCulley told investigators that her undiagnosed multiple personality disorder prevented her from remembering killing Jennings. The complaint stated, “McCulley stated she was partially hopeful Ms. Jennings was dead but could not remember what happened to her.”