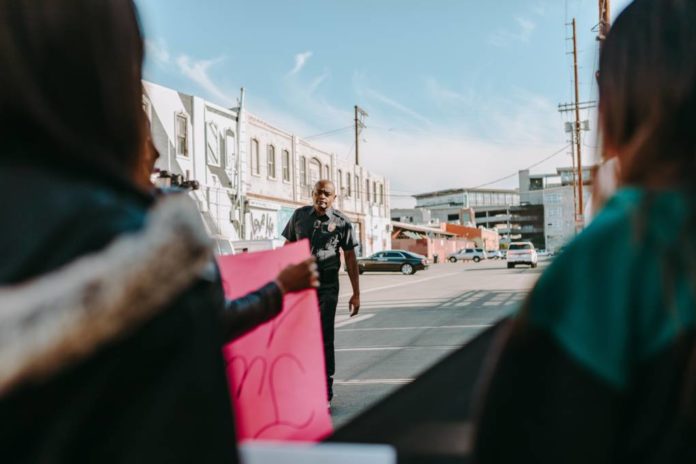 A Rhode Island police officer who is also running for office was placed on administrative leave after allegedly assaulting a political opponent during a pro-abortion rally.

Rhode Island state Senate candidate Jennifer Rourke said her Republican opponent, Jeann Lugo, punched her in the face during an abortion rights rally. Lugo was charged with simple assault and disorderly conduct after turning himself in.

This Providence Police Patrolman was arrested following a demonstration for simple assault and disorderly conduct, according to the Rhode Island State Police.

The Providence Police Department said an off-duty officer assaulted a female protestor and was placed on administrative leave pending a criminal investigation.

Lugo said he will not be running for any office this Fall and that his Twitter account is no longer available.

Providence Mayor Jorge Elorza called the incident “immensely disturbing” and said those responsible would be held fully accountable for their actions.

Hostility between political opponents is evidently growing to violent proportions. For more information on this shocking story, consider the following news outlets listed below to stay in the know.