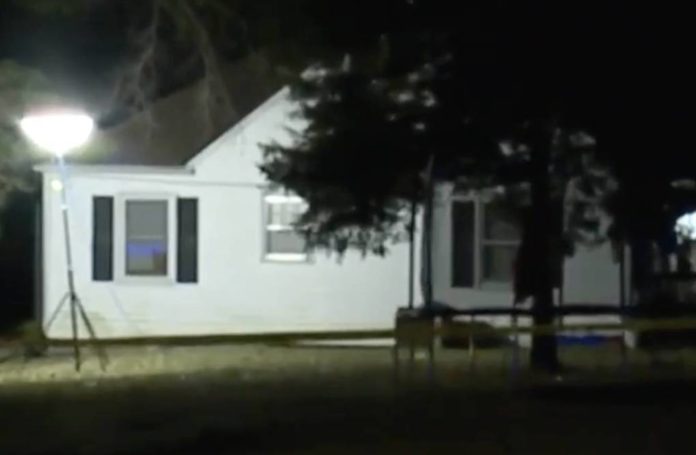 Neighbors rallied behind a woman that needed help in the early morning hours on Friday. The woman was heard banging on doors, begging for help. She reportedly escaped a horrifying situation where she had been held captive since September. She had been held captive and sexually assaulted during that time. Police recovered items from the home and are continuing to investigate their findings.

Timothy Haslett Jr. lived at the house and has since been charged with rape, kidnapping, and assault in the first degree.

The shocking events took place in a house in Excelsior Springs, Mo. Fencing has been put around the property off of Old Orchard Avenue near Don Shelton Boulevard after crews boarded up the windows.

New documents released on Tuesday detail the situation. Upon arrival, officers found a 22-year-old woman wearing latex lingerie and a metal collar with a padlock around her neck. Moreover, her neck was wrapped in duct tape.

According to the woman, “a man by the name of Timothy” picked her up on Prospect at the beginning of September. According to documents, “Timothy” kept her in a small room he built in his basement. As she described it, she was bound with handcuffs around her wrists and ankles.

She told police that she was able to escape while the man took his child to school.

According to KCTV, Ciar Tharp, a neighbor that had helped the escaped woman shared in an interview what she learned from the victim. Tharp stated, “She said once he left, she just flung that door open, let his dog out, and she took off; she said she was tied up in a basement.”

Her back showed injuries consistent with her story of being whipped by “Timothy” while she was restrained. In addition, she told police she was repeatedly raped while being held hostage.

Haslett was arrested on an unrelated animal control violation after police stopped a truck reportedly belonging to him.

During a search of the home, police found what the woman described as small unoccupied room in the basement.

According to Tharp the woman told her that there were others that “didn’t make it.” Tharp recalled, “She made a comment about her friends that they didn’t make it and that he had killed them.

The woman whose identity has not been released was taken to the hospital to receive medical treatment.

This is an ongoing investigation. Police continue to investigate this horrific case.