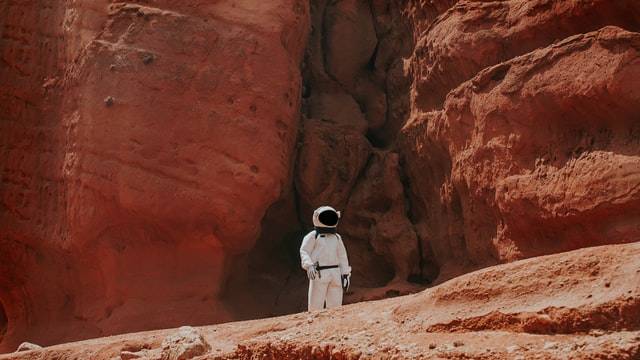 China’s Zhurong rover found evidence suggesting that water persisted on Mars for much longer than expected. The rover landed in a basin that contained water during a time when many scientists believed Mars to be dry and cold.

A new study found that the nakhlite rock in the Miller Range 03346 meteorite was shaped by liquid water 630 million years ago, but likely did not support any microbial life.

Researchers from the Chinese Academy of Sciences analyzed data from the Zhurong rover to discover that the red planet was once warm and wet billions of years ago. Still, something changed and caused it to become the arid, frozen desert it is today.

Scientists used non-destructive neutron and X-ray scans to estimate how much liquid water altered the meteorite’s minerals. They found that the water likely came from ice buried within the rock that melted during the impact that blasted the nakhlite off Mars.

The researchers determined that the bright-toned rocks at the landing site make up a layer of duricrust, which suggests that Martian soil had a more active water cycle tens of millions of years ago than scientists expected.

Hydrated minerals were found in the Utopia Planitia region of Mars, indicating that the area once hosted an ocean. These minerals also suggest that there could be significant stores of water in the region.

Water is an essential component of sustaining life. Does this mean that Mars is a potentially habitable planet?

Discover more about this rover’s findings at the following news sources: