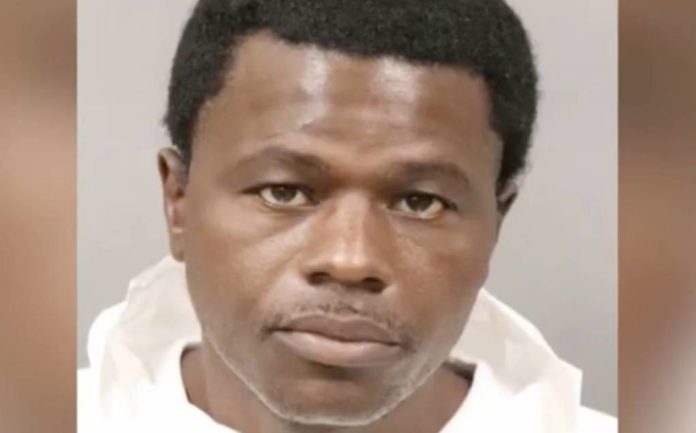 Authorities announced on Saturday that a man had been arrested in Stockton for a series of murders in the area. He could face charges for the murders of six men linked through ballistics.

According to reports, the suspect, 43-year-old Wesley Brownlee, was caught around 2 a.m. wearing dark clothing with a mask around his neck and carrying a firearm in his waistband.

In a news conference, police chief Stanley McFadden announced that Brownlee was arrested overnight “while out hunting.” “We are sure we stopped another killing,” McFadden said.

McFadden said in the news conference, “His patterns were consistent with some of the patterns that we have seen.” He added that Brownlee was “around parks, around dark places, stopping, looking around, moving again. And at that point, we thought, for the safety of the public, it was best to take this person in.”

The police chief credited tips from the community and police work to help make the arrest possible. McFadden said, “Our surveillance team followed this person while he was driving. We watched his patterns and determined early this morning that he was on a mission to kill. He was out hunting.” Now, authorities are investigating whether the weapon matches the other shootings.

Brownlee has a history of crimes, but the police did not detail what those are.

Public safety is Stockton’s top priority, and many feel relieved that the suspect has been caught. Mayor Kevin Lincoln said, “I want to make this very, very clear, to the people of Stockton, to the United States, and around the world. When the people of Stockton come together and we unite, we can get things done. Stockton will be a place where people can live, raise a family and grow a business.”

Attorney General Rob Bonta said in a statement. “When we face a challenge or threat to the safety of Californians, we stand stronger when we stand together. Because of our collaborative work, the citizens of Stockton and California communities can feel comfort in knowing that this suspect is now in custody.”

The police have confirmed that he is the prime suspect and is believed to be the person of interest captured by video from the shooting scenes.

On Tuesday afternoon, Brownlee is scheduled to appear in court. As a result, the district attorney’s office is working to determine the charges that will be brought against him. Police have not disclosed motives for the killings.