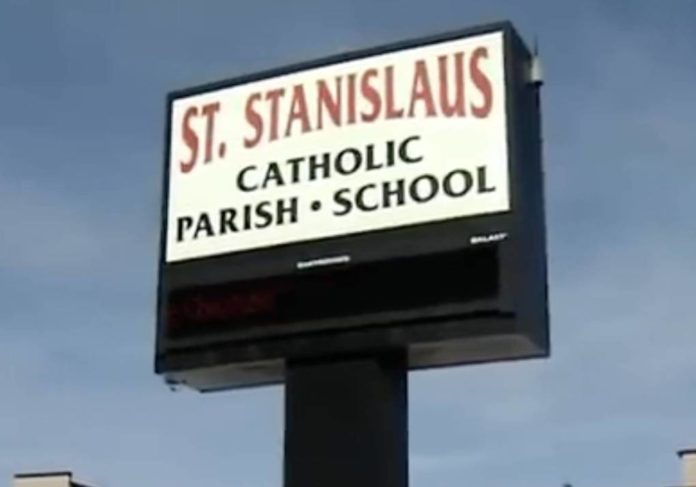 A fifth-grade teacher has been arrested after telling one of her students that she had a “kill list” of students and colleagues. Learning of this news is terrifying for students, co-workers, and parents.

During a lesson, Wednesday, fifth-grade teacher Angelica Carrasquillo-Torres reportedly disclosed that she had made a kill list that included both students and staff at East Chicago school.

Portia Jones, the student involved, told WLS-TV, “I’m really, like, scared and worried. She said she wanted to choke us and she wanted to kill herself.”

“Then she admitted that she had a ‘kill list,'” Jones shared in the interview.

Her father, Quiannis Jones also added to the conversion with WLS, he said, “She said that these kids get on her nerves so much that she wanted to kill them. Like, what type of person says that?”

The teacher was summoned to the principal’s office after officials learned of the alleged kill list at St. Stanislaus Catholic School. School officials reported that the teacher confessed to making a kill list and admitted to making the statements to the student.

When questioned why she wanted to kill herself and the others on the list, she allegedly responded, ” I am having trouble with my mental health, and sometimes the kids do not listen in the classroom. I also have trauma caused when I went to high school,” The AP reported.

According to The Blaze, Carrasquillo-Torres admitted in court documents to the dangerous allegations, “I want to kill myself, staff and students, and I did also make a kill list.”

Police posted a statement online saying: “On Thursday, October 13, 2022, the Criminal Investigation Division was able to obtain an emergency detention order for the teacher, from the Lake County Prosecutors Office. The teacher who was identified as 25yr old Angelica Carrasquillo-Torres of Griffith was taken into custody by our Detectives at approximately 11:15 a.m. at her Griffith residence without incident.” Although this wasn’t until four hours after the incident that police were notified after the teacher was already allowed to leave the school.

According to court documents, Carrasquillo-Torres has been charged with felony intimidation.

The diocese responded to the incident by holding classes on Friday remotley.  They offered counseling to those that needed it.  They said, “We are deeply saddened by this event, school safety is a paramount concern of our schools.”

For more information on this story, see the additional news sources below:

‘She wanted to choke us’: 5th grade teacher arrested after admitting to having ‘kill list’ of students and staff, police say The Blaze