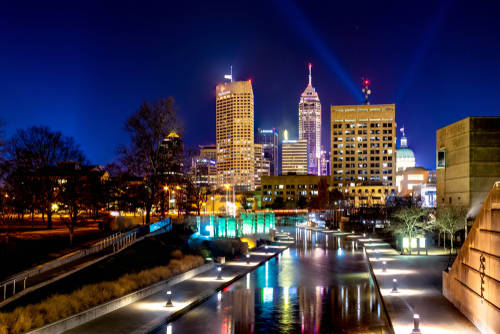 A Dutch soldier was shot in Indianapolis over the weekend.  He later succumbed to his injuries and passed away.  According to a statement made by the Dutch Defense Ministry, he was “surrounded by family and colleagues.”

He was one of three dutch soldiers visiting Indianapolis during their downtime.  According to the ministry, the other two soldiers were also shot and are “conscious and able to speak.”

The shootings occurred around 3:30 am early Saturday morning, outside a hotel they were staying at.  According to Indianapolis police, they believe that the shooting took place after the three soldiers argued with another person or persons.

The victim was identified as Simmie Poetsema, 26, according to the Marion County coroner’s office in Indianapolis.

The soldiers are with the Commando Corps, a special forces unit of the Royal Netherlands Army.  The National Guard stated that the soldiers were training in the Muscatatuck Urban Training Center in Indiana.  The Department Of Defense and other allies use this facility for training purposes.

No further details have been released, and this is an ongoing investigation.

For more coverage on this story, please see additional news sources below: