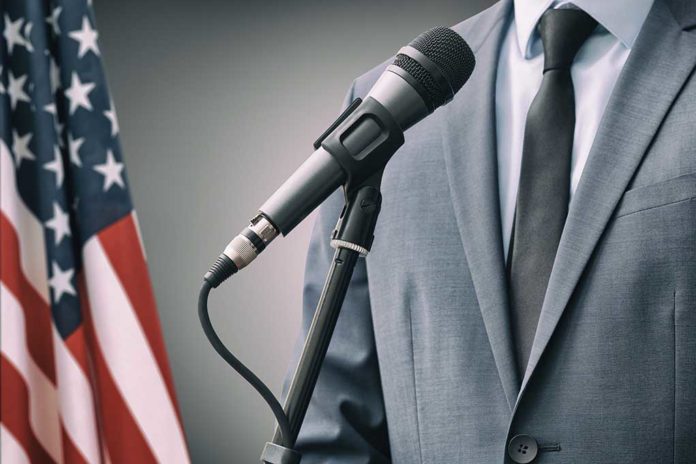 (TheDailyHorn.com) – In the wake of the 2020 presidential election, former President Donald Trump asserted that voter fraud contributed to his loss to Joe Biden. On Tuesday, March 29, Trump sat down with Just the News to talk about the Democrats’ claim that he still backs the theory they call the “Big Lie.” Trump said there’s one way to resolve the question of whether or not he’s lying. He wants to publicly debate top Democrats about the 2020 election.

Trump said he offered to debate Democrats about voter fraud, but they refuse to engage him personally. Instead of taking him up on his offer to go one-on-one about the facts, they prefer to just criticize him. The 45th president said they wouldn’t debate him because they know the 2020 election was crooked.

Trump: No Democrat will debate me on 2020 election because 'They know it's crooked'#JustTheNewshttps://t.co/Kg1XJb7dft

Trump claimed that US elections are rigged and the government needs to fix elections to prevent cheating. He said that Florida and Texas provide examples of positive election reforms. The former president added that their laws are so good that election voter fraud will not occur in those states.

With primary voters already casting ballots in numerous states and more primary elections ahead through the summer, Trump said the elections from now until the general midterm election in November would be crucial for America’s future.