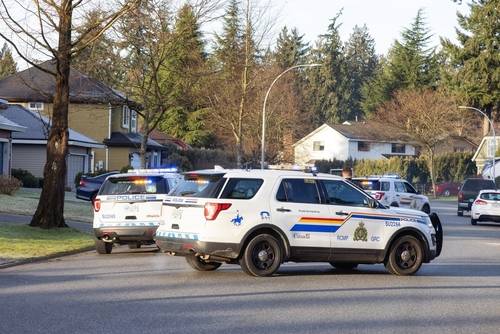 A shocking discovery after a pair of twins from Cypress, Texas, who escaped from their home this week recounted the horrific torture they suffered and endured at the hands of their mother and her boyfriend.

As reported by KHOU 11, investigators at Texas Children’s Hospital questioned both 16-year-olds. KHOU11 obtained the charging documents. According to the victims, several horrendous acts of abuse took place in their large house on Marina Alto Lane.

According to the boy, Duncan had given him 24 Benadryl tablets to make him sleep, but the tablets brought on a seizure. The dosage was then reduced to 20 tablets, according to the boy. Unspecified amounts of Benadryl were also given to the girl.

In one of the incidents, the victims reported that their mother had poured bleach down their throats. She also had them pour it on their genitals until their skin was burned. The victims explained that if they “talked too much,” she made them drink poison in the form of Lysol and Easy Off cleaners.

The abuse continued. They were not allowed to use the toilets in the house; instead, they were forced to defecate and urinate on themselves, then had to eat and drink it. Their only option was to wash off with dirty water from a mop bucket.

The boy had reported that Terrell punched him and that their mother beat them with metal poles, extension cords, curtain rods, and other metal objects.

Not much was given to the victims to eat. According to investigators they were severely malnurished. The victims stated they only had sandwiches one to three times a week, either relish, mustard or bologna.

According to the boy, his mother kept the handcuff key in her purse, and he found it and hid it in his mouth. At around 5 a.m. Tuesday, they unlocked their handcuffs and ran door to door in the neighborhood, begging for help.

The woman who helped them when they came to her door shared, “They said, ‘Can you help us, can you help us?” She added, “They were so skinny and so frail. They just looked like they had been through a lot.”

“The more I asked and realized how severe the situation was, it was just a flood of emotions that came over me,” The woman told KHOU. “How a mother could do this to her kids and… I feel like my tears are out of frustration, anger and sadness.”

Then, the woman contacted the police, and officers were sent to their home to investigate and took the teens to a local hospital. An AMBER Alert was issued when Duncan, Terrell, and five younger boys, ages 8 to 14, had disappeared.

Later that same day, forty-year-old Zaikiya Duncan, and her twenty-seven-year-old boyfriend Jova Terrell were arrested in Baton Rouge. LA. At the time of their arrest, the couple had only one child with them. It was later discovered that the other four boys were safe with relatives in Louisiana, and child Protective Services took custody of all seven children.