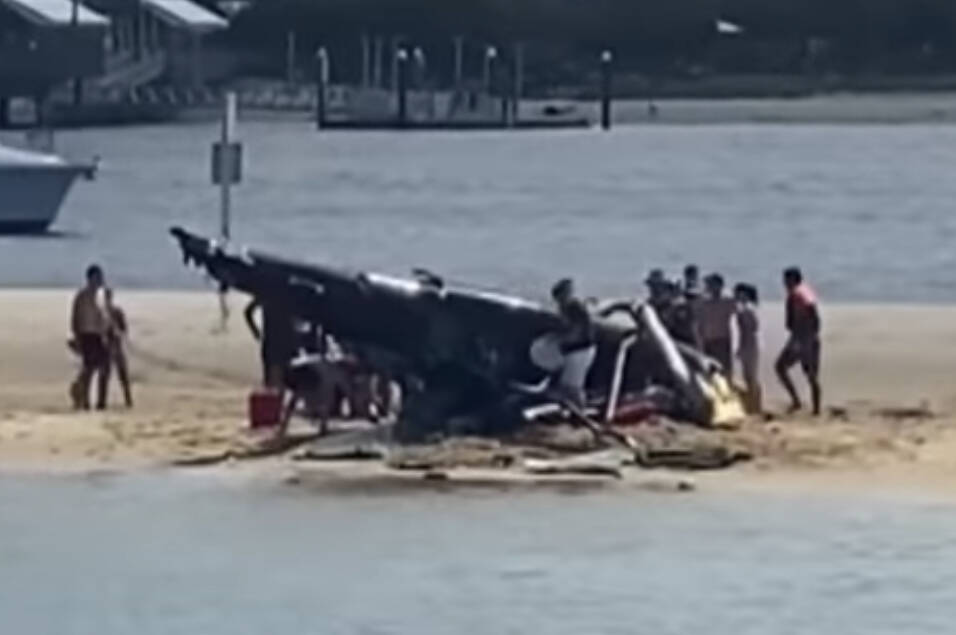 As reported by ABC 6 News, the police in Queensland stated that the crash occurred as one of the helicopters was landing and the other was taking off.

According to police, one of two helicopters carrying six passengers landed safely on a small sand island with minor injuries.

The other helicopter crashed nearby, landing upside-down. Four people died at the scene, including the pilot, while three others were critically injured.

A police spokesperson said they were taken to a hospital, and an investigation would be conducted within the next few weeks. Police and others rushed to help immediately after the crash.

“Members of the public and police tried to remove the people, and they commenced first aid and tried to get those people to safety from an airframe that was upside down,” said acting Queensland state police inspector Gary Worrell.

Videos and pictures from the scene show wreckage covering the small sand island close to the coast with emergency personnel seen assisting with the incident.

Holidays on Australia’s Gold Coast peak in January being the busiest month. With the increased tourism, air tours are a popular activity this time of year.

The New York Times reported that Sea World Helicopters, whose logo appeared on at least one aircraft, said it would cooperate with the investigation.

The statement states, “We and the entire flying community are devastated by what has happened, and our sincere condolences go to all those involved and especially the loved ones and family of the deceased. The company added, “As it is now a police investigation, we cannot provide any further information at this stage.”

The Australian Transport Safety Bureau is investigating the collision.