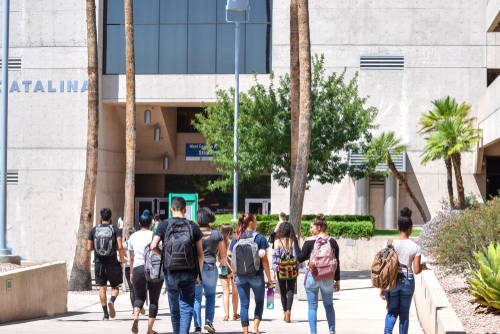 The University of Arizona campus is in mourning after the death of Dr. Thomas Meixner, 52, a professor of hydrology. The professor was shot and killed on campus Wednesday, authorities said.

During a press conference, the University of Arizona Police Department Chief Paula Balafas shared that the university police received a call around 2 p.m. reporting that a 46-year-old former student had entered the John W. Harshbarger Building.

Balafas shared that “The student wasn’t allowed to be in that building,” He added, “The caller wanted the man escorted out of the building by police.”

Before arriving, police learned that someone had been shot inside the building, and according to Balafas, the suspect fled the scene.

It wasn’t long after, at around 5 p.m., the Arizona Department of Public Safety was able to arrest the suspect following a traffic stop near Gila Bend, about 120 miles west of the university.

Upon being transported to a hospital, Dr. Thomas Meixner was pronounced dead.

It was reported that Meizner was shot and killed with a handgun. The murder is still under investigation, and Balafas could not confirm the extent of the relationship between the former student and the professor.

It’s a terribly tragic event,” Balafas said. “We feel so awful for the professor’s family, friends, and colleagues, and our hearts just go out to them.”

According to his family, Meixner was a “great man,” he helped others and loved his job.  The family shared the following statement about him with KGUN9:

“There are no words. We can try to put it into writing, but there will never be words to describe this crushing loss. Thomas Meixner was an incredible son, brother, husband, father, uncle, colleague and friend. He loved his family, friends, coworkers, the University of Arizona and the greater Tucson community. He always focused on helping others in all he did. The loss of Tom has left a giant emptiness in our hearts.

He was a great man, a deeply faith-filled and devoted husband and father. He was passionate about Hydrology, and one of the last acts he performed on this earth was to teach a class. He described his work as “making the world better through biogeochemistry,” but to us, he was trying to save the world’s most precious resource.

He recently retweeted the following quote, “Hope is not optimism, which expects things to turn out well, but something rooted in the conviction that there is good worth working for.” Tom certainly lived this. He will be forever loved and missed by so many who knew him.”