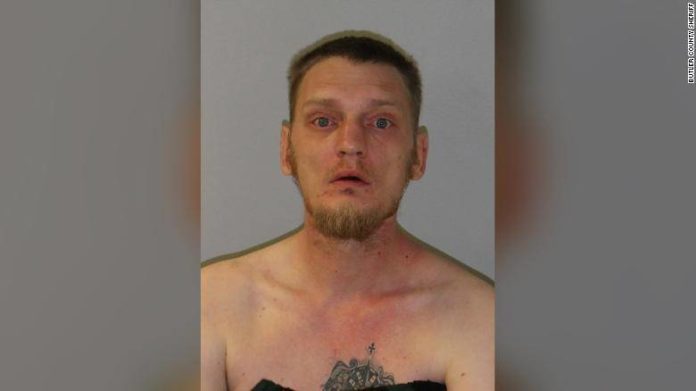 A six-year-old girl, Ken’Adi Nash, was outside her house when a man grabbed her arm and tried to abduct her. The incident happened on Tuesday in broad daylight in Hamilton, OH.  The whole scene was captured on the family’s Ring Door camera.
The video shows the man walking by the girl and touching her inappropriately, according to the girl’s mother; he gropes her. He then grabs her arm and tries to pull her away. The girl starts to scream at the top of her lungs. The man quickly lets go and keeps walking down the street as if nothing happened.
The man was later identified as thirty-three-year-old Deric McPherson.
The little girl’s mother, Mandie Miller, told CNN on Friday that “her daughter was taking out the garbage, as she’s done many times before when McPherson reached out and groped her daughter.”
Miller continued telling CNN, “She came in with a blood-curling scream, she ran into the living room she said, ‘Mommy someone tried to take me, he touched my private parts,'”
Ricky Nash, Ken’Adi’s father, quickly jumped into action. He got into his car and followed McPhearson. He recalls, “I chased him like he still had my kid, definitely didn’t want him to be able to go snatch another kid.”
Callahan Walsh, with the National Center for Missing and Exploited Children told Good Morning America, “We’ve been analyzing attempted abductions for over a decade at the National Center for Missing Exploited Children and we know that over 83% of the time, when a child is able to get away from their would-be abductor, it’s something that they did proactively, like kicking, screaming or pulling away, exactly what she did in this case,” he goes on to say. “She’s the reason why she’s home safe tonight.”
The whole ordeal lasted only seconds, but due to Ken’Adi’s proactive reaction, she is safe with her parents. McPhearson has since been arrested and booked in the Butler County jail.