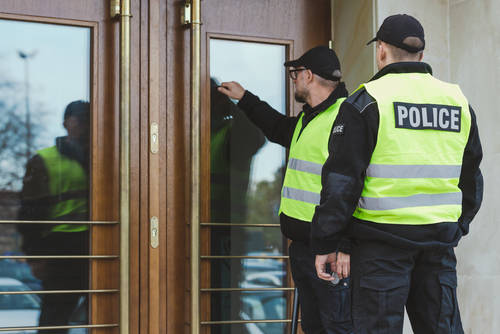 A Columbus police officer fatally shot a man after police attempted to execute a warrant shortly before 2:30 a.m on August 30th. The shooting occurred in a residential neighborhood on Sullivant Boulevard, 3200 blocks in Columbus, Ohio.

The Columbus Police Department released the body camera footage of this shooting and two other shootings that were non-fatal on Tuesday.  Columbus, Ohio’s Mayor Andrew Ginther said in a press conference that the city is committed to transparency, sharing as much information as possible without jeopardizing any ongoing investigations. This comes after multiple shootings involving officers.

According to reports, officers knocked on apartment doors for about 10 minutes before someone answered. Officers took two men in the apartment into custody and then called a K9 unit in to help finish the apartment search. The K9 led officers to a bedroom.  Bodycam shows officers handling the K9, opening a door, and firing one shot.

According to officers on the scene, they saw Lewis lift his arm, holding onto something after they opened the bedroom door. Although no firearm was recovered, police said a vaping pen was found.

Police Chief Elaine Bryant emphasized, “Every day, officers are put in compromising potentially life-threatening situations in which we are required to make split-second decisions,” Bryant added, “As the chief, it is my job to hold my officers accountable, but it’s also my job to offer them support.”

The victim was identified as Donovan Lewis, 20.  He was taken to the Grant Medical Center, where he was pronounced dead about an hour later.

Police identified Ricky Anderson as the officer who shot Lewis; he has since been put on leave pending the investigation.

Bryant acknowledged, “Donovan Lewis lost his life,”  “As a parent, I sympathize and grieve with his mother. As a community, I grieve with our community, but we’re going to allow this investigation to take place.”

The Ohio Bureau of Criminal Investigation is handling the investigation.